I don’t know about you, but I love a good deal. And when that deal involves beer? Even better.

There’s a Groupon today (time left to buy = 15 days) for 40% off tickets to the Ponce de Leon Beer Fest on Nov. 16 at the Shriner’s Temple (Yaarab Temple). I’ve never been to this event, but from the website, it looks like a good time and it’s for a great cause – to raise money for the Children’s Hospital. 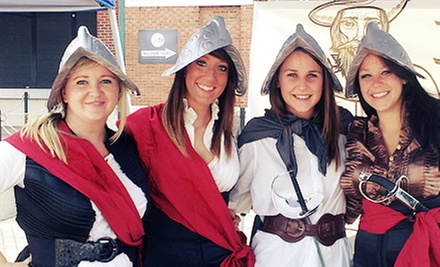 According to the site, they’re capping attendance at 1,500 – so be sure to get your tickets early if you plan on going, especially since the Groupon deal is on (which has already sold 100+ tickets). There will be new brews unveiled by local breweries. Among the local breweries represented, you’ll find Decatur’s own Blue Tarp Brewing and Three Taverns Brewing, plus:

A full list of the breweries participating can be found here.