Disney Animator To Discuss His Career, ‘Song of the South’

Disney Animator To Discuss His Career, ‘Song of the South’ 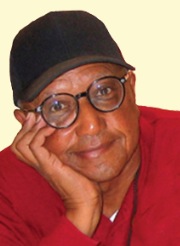 A lot of folks have never seen “Song of the South,” based on the Brer Rabbit tales of Atlantan Joel Chandler Harris. Disney last showed the movie in theaters in the mid-1980s and refuses to release it on video.

Why the self-censorship? Some people complain about the racial stereotypes. In the movie, Uncle Remus, a former slave who lives on a Georgia plantation, narrates stories about talking animals such as Brer Rabbit and his adventures with the Tar Baby and the briar patch.

Sounds pretty bad. But film students say the movie has redeeming value, such as the modern-for-its-time combination of film and animation and the song “Zip-a-Dee-Doo-Dah.”

We’ll get a unique professional perspective this week when Floyd Norman, the first African-American animator at Disney, comes to Atlanta to promote his book, “My Animated Life,” about his 50 years working at Disney on movies such as “The Little Mermaid,” “Toy Story 2” and “Monsters Inc.” He didn’t work on “Song of the South.”

Norman’s visit is sponsored partly by the Wren’s Nest, an Atlanta literary museum celebrating its 100th anniversary. Harris, the “Song of the South” author who lived in the Wren’s Nest until 1908, was one of America’s most popular writers during his prime.

Norman will talk at 7 p.m. Wednesday, Oct. 23, at the Auburn Avenue Research Library at 101 Auburn Ave. NE . The facilitator will be Dr. Stephane Dunn, co-director  of cinema, television and emerging media studies at Morehouse College.

At 7:30 p.m. Thursday, Oct. 24, Norman will speak at Emory University in Room 205301 at Goodrich C. White Hall,301 Dowman Drive. The facilitator will be Dr. Eddy Von Mueller , instructor of film and media studies at Emory.

Clips from “Song of the South” and “Jungle Book” will be shown.

Two of Harris’ descendants live in Decatur and they’ve both helped keep his memory alive.
Joe Chandler Harris was the great-great-grandfather of Linda Harris who works at Decatur City Hall. She is the past chair of the Wrens Nest House Museum/Joel Chandler Harris Association Honorary Advisory Board.

Lain Shakespeare is the writer’s great-great-great grandson. He’s the former executive director at the Wren’s Nest.