DeKalb County will certify school board race, despite “voting irregularities”

DeKalb County will certify school board race, despite “voting irregularities” 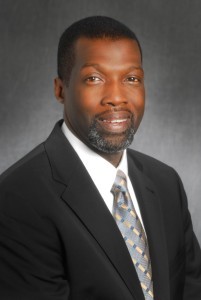 The DeKalb County Board of Registration and Elections will certify the results of the Nov. 5 election, even though its own investigation determined that some voters were casting their ballots in the wrong district.

The loser in that race, Mark Arnold, said he has no plans to challenge the result. Lewis Jones won the race by 75 votes.

The Board of Registration and Elections sent a letter to Decatur City Clerk Janet Kindelberger on Nov. 7 explaining that some residents who voted in District 2 were actually supposed to be voting in District 1. The Board didn’t incorporate the new city district maps. The city provided the county the correct district maps in August of 2012, City Manager Peggy Merriss said.

You can read a copy of the letter by clicking here.

The Board discovered the problem when one of Arnold’s supporters alerted poll workers.

The Board checked the numbers and found only 10 voters were affected by the error.

“Based on this analysis, the results could have been altered by 10 votes, at most, assuming that all of the incorrectly districted voters would have cast their ballot for the losing candidate,” the letter says. “Since the winning margin is 75 votes, the redistricting error would not change the outcome of this election.

Arnold told Decaturish that even though he disagrees with the decision, he still concedes the race to Jones.

“We have no interest in contesting anything,” Arnold said. “The question I have is how they determine the number of impacted voters. What you don’t know is the number of voters who tuned out of the process because, to their knowledge, they weren’t voting in a contested race.”

This past Tuesday during the time the election polls were open a voter came forward with allegations of balloting irregularity. She stated that she had been provided the wrong ballot by poll workers.

A prompt investigation by the governing authorities concluded that indeed this voter was improperly given a ballot for the incorrect district. Furthermore, the investigation discovered the source of the problem. The most recent district realignment shift made by the Decatur City Commission had not been recorded by the Election oversight authorities. Attached is a copy of the letter sent informing all of the officially interested parties of the result of the investigation.

There is no intention on my part, or on the part of Mark Arnold or his campaign committee, to challenge the result of the Election. We have offered congratulations to Lewis Jones via telephone, and do so now, publicly.

We do not agree with the finding of the investigation that only ten voters were affected. One voter who understood the situation caught the mistake. How many other people didn’t make it to the polls because they relied on the incorrect records? How many people did not pay attention to the contested race because they couldn’t participate in settling it by voting? By relying upon the records acquired from Voter Registration neither campaign would have made the deliberative attempts of contacting those improperly recorded to ask for their votes.

This all happened by mistake. Somewhere, someone made a mistake that wasn’t caught before the legal force of it came to exist. It did matter. It could have mattered quite a lot.

We govern ourselves in this country. We need to know what our government does. We need accountability and understanding,

It has been a privilege working to inform the voters of Decatur about the options and issues facing them these past several months.