Chili Cook Off at Steinbeck’s in Oakhurst, Nov. 23.

Oakhurst Market’s chili wasn’t officially in today’s chili cook-off competition at Steinbeck’s, and that was good news for the contestants.

The Oakhurst Market offering was full of the most tender, juiciest bits of short rib you’ve ever tasted. The chili is not an item offered at the market, which is my go-to for high-quality meats. I told the staff and owner several times that it should be on the shelves there, maybe as a frozen thing you can take home and heat up one bum-chilling evening this winter.

They said I’m not the first person who has mentioned that idea to them. I would’ve been surprised if I had been.

The chili in the competition ran the gamut from obstinately simple (“Hey man, it’s just some meat and stuff”) to the complex (“It’s gyro meat with tzatziki sauce”).

It was a tough call because I felt like some of the entries were really neat concepts, just not what I’d traditionally think of as “chili.” I was on the fence between the No. 1 contestant, which I think was named Big Momma’s and No. 6, which was a Korean barbecue chili. In the end, I had to go with the Korean barbecue, which I believe included some short rib. It was a nice twist on chili that also didn’t stretch the very meaning of that term.

There were two categories: people’s choice and critic’s choice. Not sure who won what, but I’d be interested to find out.

But that Oakhurst Market chili, though. Damn. 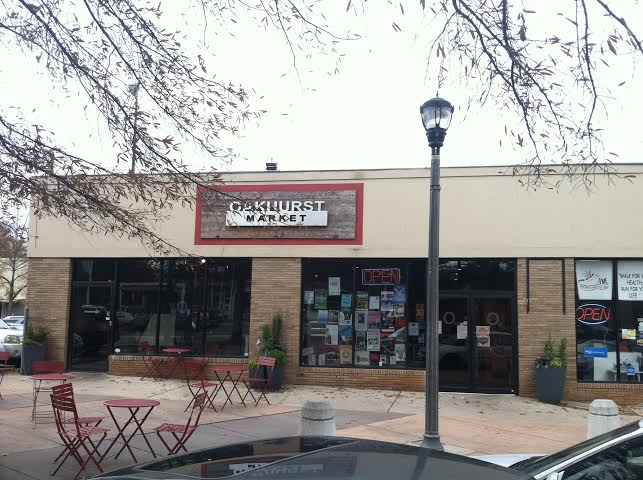 Oakhurst, keeping its awesome chili all to itself … for now.