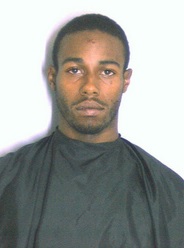 Decatur, Ga. – It has been six weeks since the arrest of Marquis La’Vonta Freeman, the man police accuse of stabbing Shirley Kendrick to death on Oct. 29.

Freeman remains in DeKalb County Jail, according to information from the county. Freeman had his first court appearance on Nov. 1, but Erik Burton, spokesman for the DeKalb District Attorney, said there are no court dates on the horizon. Burton said DeKalb is still building its case against Freeman.

“It has been assigned to our Domestic Violence unit,” Burton said. “We have to write it up. We have to support those charges.”

He said there’s no typical length of time for resolving a murder case. It could take as long as a full calendar year, he said. “We work to do a thorough, detailed investigation.”

Details remain scarce in the case, but there are some hints about what investigators are looking at.

The incident report released by Decatur Police shows that drugs are believed to have been a factor. The report doesn’t say what kinds of drugs are suspected, and police declined to provide additional details because of the pending charges against Freeman.

It’s not clear if Freeman has an attorney.