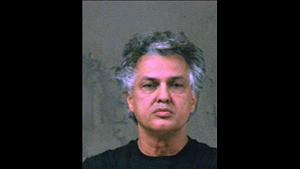 Decatur resident Kaveh Kamooneh said he spent 15 hours in jail for a petty crime: plugging his electric car in at Chamblee Middle School and stealing approximately $.05 worth of electricity. But 11 Alive, which first broke the story, reports that city of Chamblee officials have a decidedly different take on the events that led to Kamooneh’s arrest.

Clearly a story like this requires some in-depth fact finding and reporting. TV host and comedian Stephen Colbert has stepped up to the plate, 11 Alive reports.

Colbert is planning a segment on Kamooneh for an upcoming episode of Colbert Report.

To be totally honest, I don’t know what to make of this story. While it wouldn’t be the first time in history that police have overreacted to a minor offense, the flat contradictions between Kamooneh’s story and the story told by City of Chamblee officials make it difficult to believe either party.

Chamblee officials maintain that a resource officer at the school had prior run-ins with Kamooneh and that was a contributing factor in the arrest. If that’s true, would there be some record of it, like emails or a police report?

Hopefully Colbert can find the sweet delicious truthiness at the bottom of this nutty story.