As 2014 begins, my college football questions get some (unfortunate) answers

As 2014 begins, my college football questions get some (unfortunate) answers 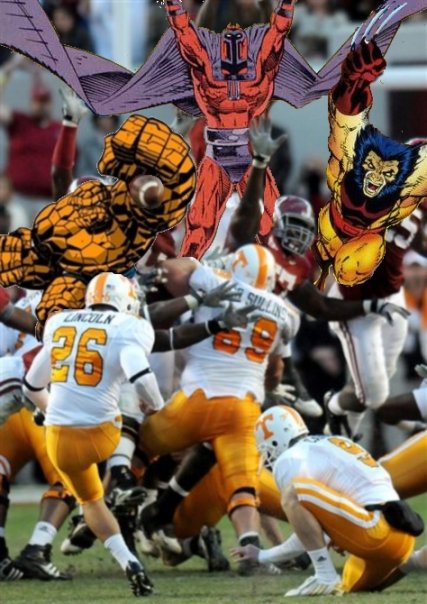 At the beginning of the college football season, I posed several questions that I would be seeking answers to as the season unfolded.

As we begin the back-to-back bowlarama that is New Year’s Day, I’ve got most of my answers. I can’t say that I liked them.

1) Will Bama meet its own ridiculous expectations?

We’ll be playing in The Sugar Bowl on Jan. 2, so no, we won’t be meeting them. Also, the last few seconds of our only loss this season will be repeated on television every year until we’re dead and for as long as college football is a thing.

2) Will this be Georgia’s breakthrough year?

When Alabama played LSU again in the 2011 National Championship game, it was for all the marbles, but it was still a pretty lousy game. Nebraska playing Georgia again in the post season doesn’t feel like anything other than a step backward for the the Bulldogs. The upshot of this game is the backup, Hutson Mason, will get some additional reps before the 2014 season, since Aaron Murray will be out due to his torn ACL. That’s about it.

3) Will the SEC close out the controversial BCS era with its final championship?

The SEC certainly has a chance now that Auburn (sigh) is in it against a fired up Florida State University team. But I don’t see either team putting up much of a fight defensively. If FSU can stop that Auburn run game (good luck with that), they’ll be fine. Yeah, I know, SEC and all that. How does it go? Make War With The Eagles?

4) Will Texas finally get rid of Mack Brown?

Hallelujah. Texas finally did what it should’ve done two years ago. But you know, I don’t know who is getting the better end of this deal. Based on everything I read about Texas courting Nick Saban, that’s apparently one of the toughest gigs around, both on and off the football field. Saban doesn’t have to put up with anyone’s crap in Tuscaloosa. He’s not going to let boosters in Austin tell him how to run his program. He’d murder someone within the first week. Hail Saban.

5) Will Verne Lundquist find a way to be even more obnoxious than he already is?

I heard Verne suggest during the SEC Championship Game that every touchdown in college football needs to be automatically reviewed. Ding. Ding.

6) Will USC give Lane Kiffin the contract extension he so clearly deserves?

No, the bastards. He was so clutch.

If anyone predicted that Auburn would go all the way to the national championship this year, I respectfully ask: What is it like having superpowers?

8) Will my TV remain intact if I can’t find the remote and have to hear that godawful NAPA Auto Parts commercial with that guy singing about spark plugs?