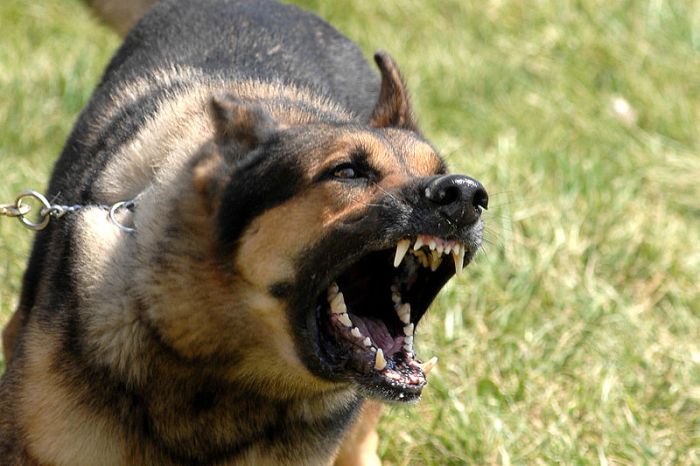 This dog looks pretty pissed off.  Then again, it could just be yawning.

The bill says, “On and after July 1, 2014, each state, county, and local law enforcement agency shall adopt written policies that set forth the manner in which peace officers employed or appointed by the law enforcement agency shall negotiate encounters with animals and the ways in which a peace officer can control and neutralize an animal that is or becomes aggressive that utilizes the least amount of force or likelihood of harm to the animal necessary to protect the officer and the public. Law enforcement agencies which do not comply with the requirements of this Code section are subject to the withholding of any state funding or state administered federal funding.”

For that matter, the law also says any police officer that doesn’t complete the training could have their certification suspended.

Benton told the Augusta Chronicle that a “good many animals” are getting accidentally shot by police officers who are confused about the animal’s intentions.