Crime time: Puking in the back of a Decatur police car and other drunken shenanigans

Crime time: Puking in the back of a Decatur police car and other drunken shenanigans 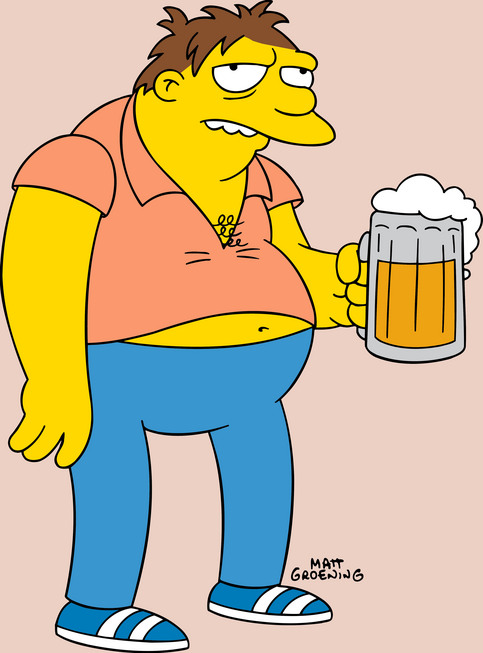 Decatur Police sent over arrest reports from November through the first of the year, and people in Decatur were getting tore up as 2013 came to a close. I mean on the floor, sideways and upside down drunk.

The award for drunken dumbassery goes to this guy:

– On Nov. 16, 2013 at 11 p.m. a Decatur Police officer saw a man, 44, struggling to stand up on the sidewalk at the intersection of East Court Square and West Ponce de Leon Avenue. The officer talked to the man. The man explained he was drinking at a bachelor party nearby and was headed home. The officer asked the man if he needed help getting to a cab and the man said, “Yes.” The officer gave the man directions to a taxi stand but stopped when he realized the man was about to fall down in the street. So the officer offered him a ride. The man got in the car and proceeded to vomit all over the back seat of the patrol car. The officer opened the door so the man could continue vomiting outside the car. The officer helped the man out of the car and to a seat on some steps nearby. The man said he had to pee. He unzipped his pants, while standing on the sidewalk in front of God and everybody mind, and tried to take a piss. The officer arrested the man for public intoxication.

Other drunken stupidity of note:


– On Sunday, Nov. 10, at about 8:15 a.m., Decatur Police arrived at the intersection of Clairemont Avenue and East Ponce de Leon Avenue after someone called to report a man lying face down on the sidewalk. Police officers noted the man reeked of alcohol and found a large bottle of gin on the ground nearby. The officer woke the man up. The man told the officer he was an alcoholic and then he fell over. He couldn’t stand or walk. Police arrested the man, a 47-year-old from Conley, GA and charged him with public intoxication and an open container violation.

– On Dec. 16 at 8:57 p.m. police arrived at the 700 block of East Lake Drive after getting a call about a man who was being disorderly at a local business. Officers found the man standing outside of the store, trying to talk to the owner through the glass doors. The officers noticed the man smelled like alcohol, was slurring his speech and was having problems standing up. The person who made the call told officers that the man went into the store but was told to go home because he was drunk. The man responded by peeing in the aisle of the store, then leaving. Then the man came back to the store a few minutes later, which prompted the call to police. Police arrested the 46-year-old Atlanta man for public intoxication and “Improper disposal of waste.”

– On December 18, at 6:58 p.m., Decatur Police arrived at a home on the 900 block of East Ponce de Leon after someone called police to tell them a strange man was standing on his front porch. Officers found the man, a 77-year-old from South Carolina, on the sidewalk “yelling curse words and racial slurs.” He smelled of alcohol and the man told officer he’d been drinking “a lot.” Officers told the man to take his hands out of his pockets and he responded by cursing, balling his hands into fists and assuming “an aggressive fighting stance.” Officers arrested the man for public intoxication.

Other non-alcohol related arrests worth a mention:

– On Nov. 3 at 1:20 a.m., Decatur Police responded to a call from a local restaurant on the 200 block of West Ponce de Leon. The caller said five men left without settling their $86.63 bill. A server got their tag number. A 25-year-old Lithonia man was arrested on Dec. 20 in connection with the Nov. 3 incident.

– On Nov. 12 at 3:30 p.m., Decatur Police went to the 100 block of Winnona Drive after receiving a call that two young men were  looking into car windows and checking to see if the doors were locked. A police officer from Agnes Scott College arrived and detained two boys, aged 13 and 14, from DeKalb County. The witness pointed out a car she saw the two boys trying to enter. Officers discovered damage on the driver’s door and noted the lock assembly had been punched in. Officers found a flat head screw driver on the ground next to the passenger door. Police found a phone belonging to one of the boys inside the car. They charged both with entering auto.

– On Nov. 18, at 5:05 p.m. Decatur Police arrived at the 100 block of East Trinity Place. A elderly woman living told officers she’d opened her credit card statement and discovered $1,000 in charges she didn’t make. She also couldn’t find her credit card. The woman told police she suspected her caretaker. Police interviewed the caretaker, who admitted to making the charges. Police arrested the 49-year-old woman from DeKalb County and charged her with financial transaction card theft and elder exploitation.

– On Nov. 27 at 8:40 p.m., Decatur Police stopped a vehicle for having no tag light in the area of East Lake and Hosea Williams Drive. The officer said the driver “had a hard time keeping his eyes open.” Police discovered marijuana on the driver and searched the car, finding two loaded handguns, digital scales,  a bag of cocaine, a container of “suspected marijuana”, plastic bags and ammunition. The officers discovered the driver was a convicted felon on parole for manslaughter. Police arrested the driver, a 26-year-old DeKalb County man, and charged him with possession of marijuana with intent to distribute,possession of cocaine with intent to distribute, possession of a firearm by a convicted felon, possession of a firearm during the commission of a crime and tag light requirement.