Pin Ups strippers must be treated like employees, judge says

Pin Ups strippers must be treated like employees, judge says 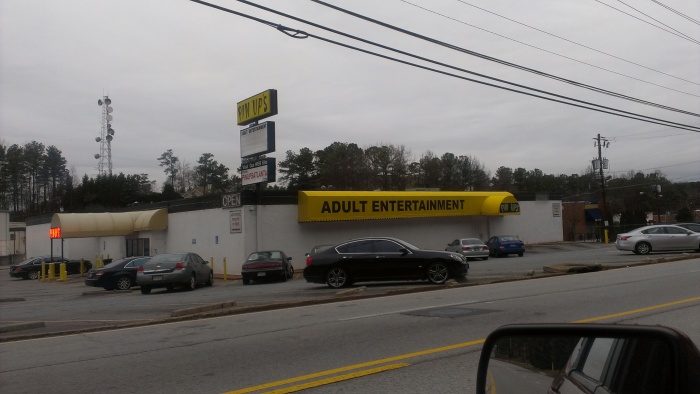 Pin Ups, a Decatur strip club on East Ponce DeLeon, found itself on the losing side of an argument about how it compensates its dancers.

The defendants, Pin Ups owners The Great American Dream Inc., argued the dancers should be treated as independent contractors. The judge rejected that argument, ruling the strippers’ income is sufficiently dependent upon the club that they deserve employee status.

The judge said dancers were required to obey polices established by the club, regulating everything from how they dressed to how much they tipped the DJ. (“They also stipulated that the DJ would ultimately select the music that the entertainers would perform to,” the ruling says.)

Some highlights from Thrash’s order, with emphasis in bold provided by me:

– “Pin Ups invested far more than the Plaintiffs on necessary personnel and equipment. It provided bartenders, waitresses, cashiers, security staff, and disc jockeys. Pin Ups also provided the facility, the stages, and the poles. As other courts have noted, the amount spent on clothing, hair styling, and make-up ‘is minor when compared to the club’s investment.’ … Many employees in many different fields are also financially responsible for maintaining an appearance suitable to their respective work environments.”

The judge determined that “little skill” is required to work as a dancer. He writes, “Pin Ups does not require that its entertainers undergo formal training. The Defendants argue that the entertainers get better as they gain experience. Although different entertainers may possess varying degrees of skill, there is no indication that a high degree of skill or experience is necessary. Taking your clothes off on a nightclub stage and dancing provocatively are not the kinds of special skills that suggest independent contractor status.”

It’s one of the more entertaining court rulings regarding a labor dispute that I’ve read in awhile. To download the judge’s order, click here.