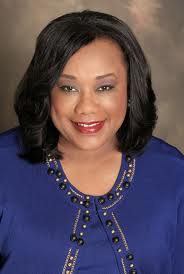 DeKalb County Commissioner Sharon Barnes Sutton on Tuesday voted to approve awarding the contract for the rebuilding of a fire station in Avondale Estates. She said she’s always been in favor of it.

During the Jan. 28 meeting, she said that she wasn’t holding up the contract when she asked to defer it at a meeting two weeks ago. She said she wanted to explore the possibility of entering into an intergovernmental agreement with Avondale Estates that would ensure the city would pay a “fair market rate” for the station if the city ever wants to buy it.

Mayor Ed Rieker has said the city doesn’t want to buy the station, which is located on Clarendon Avenue. He said the project to rebuild the station has been discussed since the 1990s. During Monday’s Avondale Estates Commission meeting, he promised to “force the issue” if commissioners delayed approving the project again. DeKalb County Commissioners voted unanimously to approve awarding the $1.9 million construction contract to Lichty Commercial Construction in Newnan, Ga. The project is being funded with federal money.

Sutton said she was in favor of the contract, but took issue with the way Avondale Estates handled it. During the meeting, she indicated that Rieker had complained to the media about the fire station.

“You can blog it all you want,” Sutton said during the meeting. “But I would like it if you would tell the truth, please.”

I assume she’s referring to Decaturish.  I told the truth to the best of my knowledge.  For a point of clarification, the Mayor of Avondale Estates did not contact me. I contacted him because I wanted to ask if Avondale Estates wanted to buy the fire station as Sutton claimed two weeks ago. That led to a deeper discussion about Sutton’s relationship with Mayors in DeKalb County.

Former Clarkston mayor Emanuel Ransom had the toughest words for Sutton, saying she was “terrible” as the county commissioner and had delayed a project in his district for political reasons. Rieker said Sutton didn’t return phone calls and treated cities in her district differently than she treats the unincorporated areas. To read that post, click here.

She didn’t return my calls when I tried to contact her before publishing the article. I tried to talk to her for a week before I published it. I think that’s a fair length of time. I did catch up with her after Tuesday’s meeting. Here is exactly what she said to me, unedited, in response to Ransom and Rieker’s comments:

“I can say that I won my election with 74 percent of the vote and the constituents that live in Clarkston are very pleased with my performance and they did not reelect (Ransom). So, in terms of the mayor from Avondale Estates, he’s entitled to his opinion. I serve the people well over there. I do what’s in their best interest. He doesn’t have to personally like me. Whatever opinions he has, that’s his opinion. I don’t recall him reaching out to meet with me in years, so I don’t know where that’s coming from. We do not always agree on things and that’s all I can say. But I will never say anything disparaging about him on a negative blog.

“I have pushed this project since I’ve been on the board. I’ve made sure that this project has moved forward and kept in touch with Chris Morris to maintain status on it and I’m happy that the fire station is being built. Not only am I happy about it, I’m happy to try and make sure it remains in service for all of the people that it serves at this particular moment. I am not in the least bit confused as to the status of Avondale Estates compared to the new cities. I know that legislation can change at any time and there is a movement to change the power structure of this county, for whatever reasons, but as we do that we have to consider what’s in the best interest and what’s prudent for people who live in all areas of the county, and that was my only concern, and that’s why I asked if there could be an IGA to ensure if the opportunity ever existed or ever came to be, that the city could purchase that fire station,  that they would pay fair market value, and that’s all I wanted, an assurance for the future just in case.”

I asked the commissioner if there’s an IGA (intergovernmental agreement) in the works:

So that’s that. Avondale Estates will get a new fire station, which also serves a lot of unincorporated DeKalb County.

I appreciate Commissioner Sutton taking the time to answer my questions, even if she didn’t like the coverage. If I see something that doesn’t look quite right, I’m going to ask questions about it.