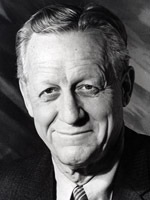 Williams was 102 years old. He was in Florida when he passed. His family told the AJC that Williams, “had no ailment other than extreme age.” According to his official biography on the Emory University website, Williams has served as trustee emeritus since 1981. He was first elected to the BOT in 1964. Williams was formerly the head of Sears, Roebuck, and Co.

“In 1972, he established the Emory Williams Teaching Awards, perhaps his most lasting legacy,” his biography says. “Presented at Commencement, the awards honor faculty for fostering participation, inquiry, and creative expression in the classroom; providing a model for teaching and scholarship; and serving as mentors to students. They are Emory’s highest awards for excellence in teaching.”