After you – Briarcliff defers to city annexation plans

After you – Briarcliff defers to city annexation plans 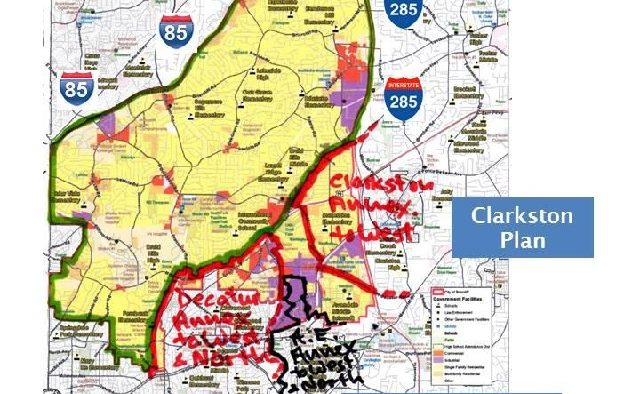 This is an earlier version of a map of the city of Briarcliff, published in February obtained via the Briarcliff Initiative.
Share 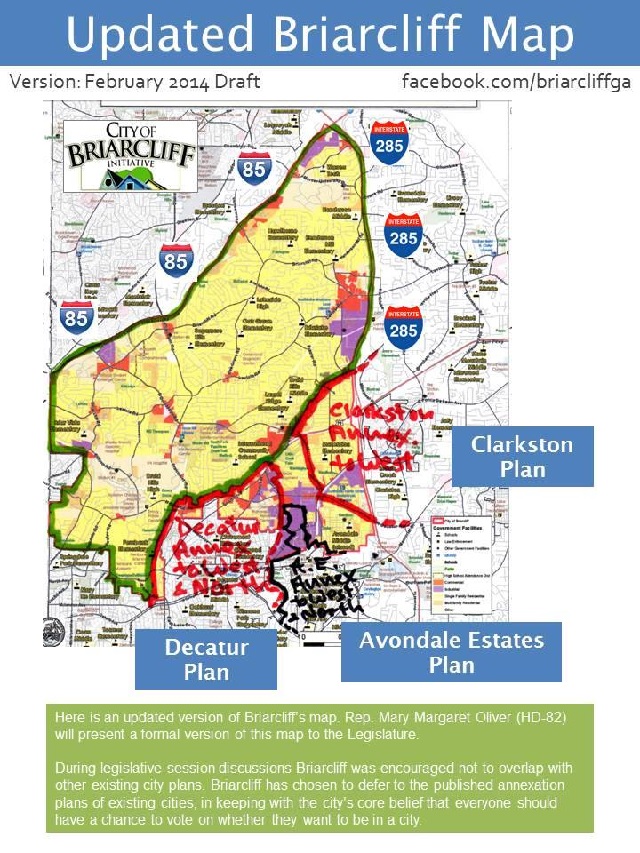 New map of a proposed city of briarcliff, courtesy of the City of Briarcliff Initiative.

Proponents of creating a new city of Briarcliff have created a new map that draws the city’s boundaries around the areas that cities want to annex.

State Rep. Mary Margaret Oliver is expected to introduce a formal version of this map in the state Legislature soon. The prospects for creating a new city had dimmed given that Briarcliff’s earlier maps overlapped with the maps for the proposed cities of Lakeside and Tucker.

Decatur began investigating annexation possibilities after it became clear that more cities could form in unincorporated DeKalb County, cutting the city off from expanding its tax base.

This new map gives cities preference in that discussion.

In a press release, the Briarcliff Initiative said, “The changes to Briarcliff’s map occurs where the proposed City of Briarcliff approaches the existing cities of Decatur, Avondale Estates and Clarkston, each of which have published annexation plans that include unincorporated areas of DeKalb County that also overlapped previous Briarcliff previous maps. The leaders of those cities, legislators representing those cities, and the DeKalb Municipal Association requested that Briarcliff’s proposal not overlap with those plans. After careful deliberation, the Executive Board of the City of Briarcliff Initiative voted to defer to the announced plans of those cities.”

Decatur City Manager Peggy Merriss said on Feb. 22 that the city had been in talks with the Briarcliff organizers.

“The modified proposed City of Briarcliff city limits was a result of those discussions,” Merriss said.