Arbor Logic – Trees on the menu

Arbor Logic – Trees on the menu 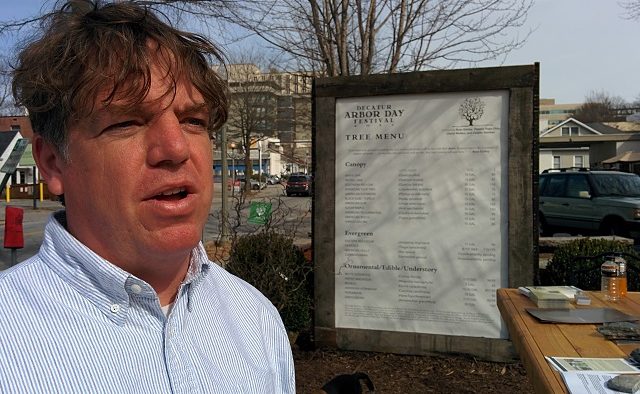 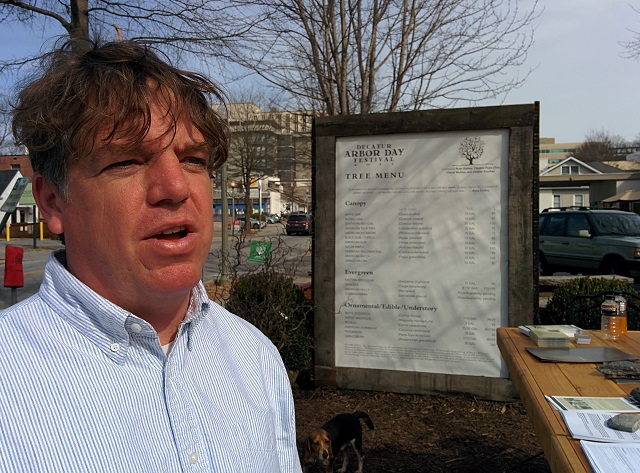 Chad Stogner explains the concept of the Tree Menu on Saturday, Feb. 22. Photo by: Dan Whisenhunt

People driving down West Ponce on Saturday might’ve noticed a giant placard that looked like a wine list in front of The Marlay.

Chad Stogner, one of the organizers of Decatur’s Arbor Day festival, said he hoped to appeal to Decatur’s refined sensibilities.

“Once Decaturites are informed about a good beer or a good hamburger, they flock to it,” Stogner said. “The same is true with tree horticulture.”

Stogner and other organizers took orders all weekend. The ordering period lasts through March 2. Decatur will hold a weekend-long National Arbor Day celebration on April 25, 26 and 27.

The Arbor Day festival is a response to people in Decatur who asked for a stronger tree ordinance. The City Commission tabled the proposed ordinance last month, after residents stormed city hall to complain about the new regulations. The main criticism is that it would be too costly and burdensome for taxpayers.

Stogner hopes that the voluntary tree planting by residents will accomplish some of the same goals as the controversial tree ordinance. The festival has set a target of selling 366 trees this year, about 1/10 of the city’s goal of having 50 percent tree canopy cover.

Deanna Pope Ozio, a landscape architect,  and Michael Jackson, a landscaper, were on hand Saturday to help customers make their decisions.

Ozio said the city could use a stronger tree ordinance.

“That needs to be a process incorporated into the development code,” Ozio said, referring to the city’s current rewrite of its zoning and building ordinances. “It should be geared more toward developers and less toward homeowners.”

Jackson said he can see both sides of the argument. Jackson, one of the owners of Heirloom Tree and Garden, said his job involves both landscaping and construction. He said he’ll always try to save a tree, if it can be saved.

“Somewhere, there’s a balance,” he said.