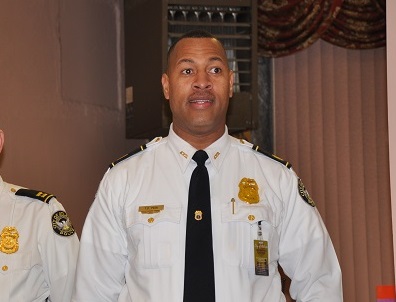 Peek spoke during a Feb. 10 Kirkwood Neighbors Organization meeting. The next day there was a burglary on Knox Street, part of a series of burglaries in Kirkwood and Decatur that may be related.

The zone commander said during the Feb. 10 meeting that while the zone’s overall crime rate is down 33 percent, burglaries are still a problem for the zone.

“Our nemesis out here is burglaries,” Peek said. “People are breaking into homes like it’s legal, and it’s not.”

The major added, “A lot of it is gang related.”

“We’ve got some federal resources helping us do some behind the scene things to help us bring those to a resolution,” he said.

According to APD crime stats, as of Feb. 1 there were 87 burglaries reported in Zone 6.  There were 16 reported in the last week of January.