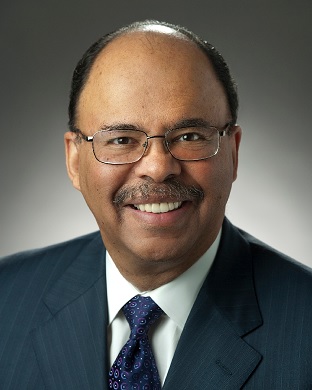 Atlanta Schools Superintendent Erroll Davis on Feb. 3 said he is no longer interested in transforming elementary schools in the Jackson High cluster into K-8 schools.

“Bottom line, I don’t want to pursue K-8 any further,” Davis said during the Feb. 3 School Board meeting, according to the TalkUpAPS blog “I want to pursue innovation in middle schools in the entire cluster, not just the eastern portion.”

That announcement left supporters of turning Toomer Elementary into a K-8 wondering if their efforts had been a waste of time. A group of parents in Kirkwood and East Atlanta pushed the idea, a move that stirred up parents at Whitefoord Elementary and Burgess Peterson Academy. Davis appointed a K-8 task force to study various alternatives. There were public input meetings. The last scheduled meeting for Jan. 28 was cancelled due to weather.

Davis instead says he wants to focus on innovating at the cluster’s two middle schools, Coan and King. The main driver of the debate is parents’ reluctance to send their children to these schools. Davis said parents want something innovative for 6-8 education, like refurbishing both school buildings and implementing an international baccalaureate curriculum. Davis told the board he will make a recommendation about the future of the middle schools in two months.

Wood said Davis was doing a disservice to parents who served on the K-8 task force.

“You’ve disenfranchised a large group of your population of your active parents through your action tonight,” Wood said.

“In his comments, he said that since he had already heard from the Coan parent base related to the topic, he now wanted to hear from the King side of the cluster,” Cartee said. “I am all for that. My only wish would be that he then convenes a task force that would include PTA presidents, LSC chairs and principals across the cluster, much like he did originally for the K-8 conversation. Once all items … surface for what we really would like to see for our 6-8 children, then one would hope that this task force would come together to help vet the ideas with the Atlanta Public Schools Board and Davis.”

Cartee said he didn’t feel like he wasted his time serving on the task force.

“Not at all,” he said. “It has allowed for a great conversation to continue with both the new board and Davis. While I might not have always agreed with the desired outcome of the initial K-8, I am very grateful that it has stirred a wonderful enthusiasm from the community in response to how we can better educate our 6-8 children.”