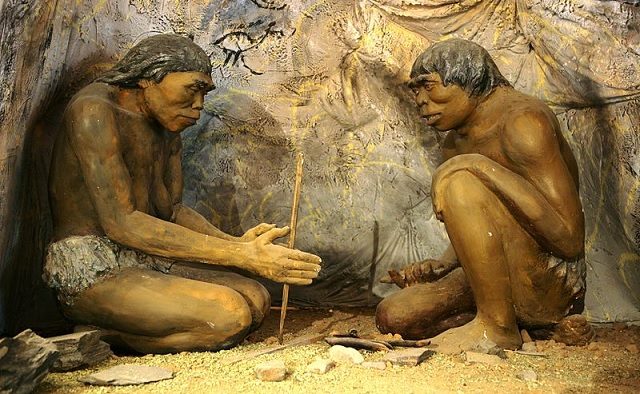 Hurry up! That brontosaurus isn't going to cook itself.
Share 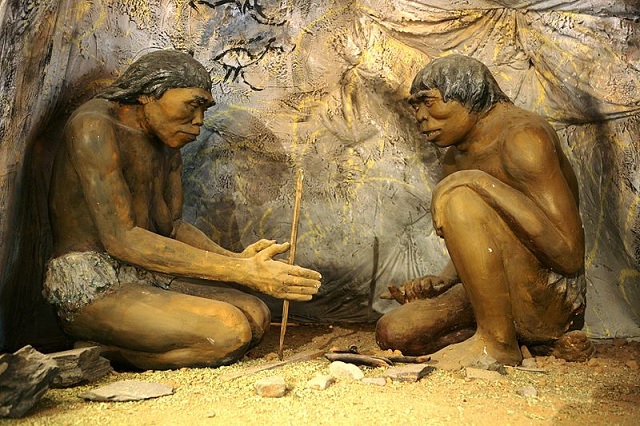 Hurry up! That brontosaurus isn’t going to cook itself.

My mother in law is in town. She came right as the ice on the sidewalk began dissolving into slush. My wife and I had only ventured out into it once in three days.

The appeal of snow has waned a bit since the first coating about two weeks ago. My wife and I have spent most of the week crouched in front of our computers, praying the ice-induced power outages would skip our tiny speck of the globe. We were lucky. We didn’t lose power once. Never lost internet.

We came close to losing our minds, though, drinking pots of coffee, eating cereal for every meal, working steadily out of dedication and then out of boredom. By the time her mother arrived, our house looked like a college dorm. “It’s like y’all have been livin‘ in a cave,” she said, sweeping away some of the debris from our kitchen.

Funny she said that. After about Hour 14 of work yesterday, I came to a point where grammar became more of an abstraction than a rule. Spelling was becoming endangered. I literally worked so much I could not see straight. I needed to rest.

I tried reading and came to an entry in “America (The Book)” about cave people. Cave people, I thought. I closed the book and looked for a documentary about early man on YouTube. I found one called “New History of Humanity – Astounding Scientific Discoveries.”

After a marathon day of work, my standards had lowered enough for me to overlook the documentary’s low production values and cheesy narration. The most interesting part of the show, to me at least, was how many times humans had flirted with extinction. At one point, it’s estimated that there were fewer than 20,000 humans on planet earth. It’s hard to imagine, especially trapped inside a house in a big city that’s trapped by snow. We humans spend so much time trying to get away from each other. It’s difficult for me to imagine a time where we were hard to find.

Humans have benefited from a tremendous amount of luck (or divine intervention, if you prefer). We were on the right planet and rose to power at just the right time. Were it not for a few key events beyond our control, we might not be here at all. You wouldn’t have spent a winter huddled indoors, protected by the roof over your head and the heat blowing out of the vents around you.

Two inches of snow brought Atlanta to a standstill two weeks ago. One hundred thousand years ago, a hard snow could’ve wiped out your ancestors. That would’ve been all she wrote for mankind, as they say.

It’s pretty neat, if you think about it. This episode of “Perspective” is sponsored by The Weather, making humanity question God’s intentions since the Stone Age. Or thereabouts.