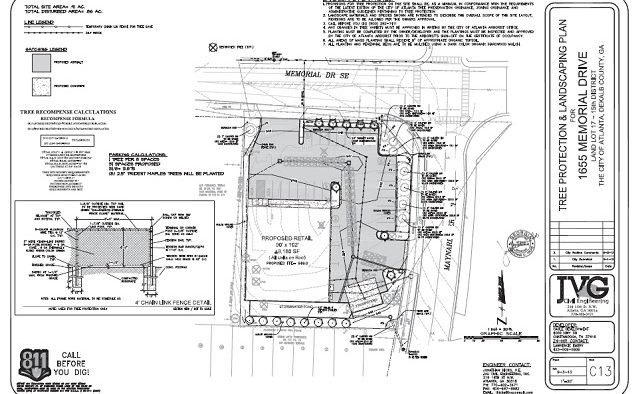 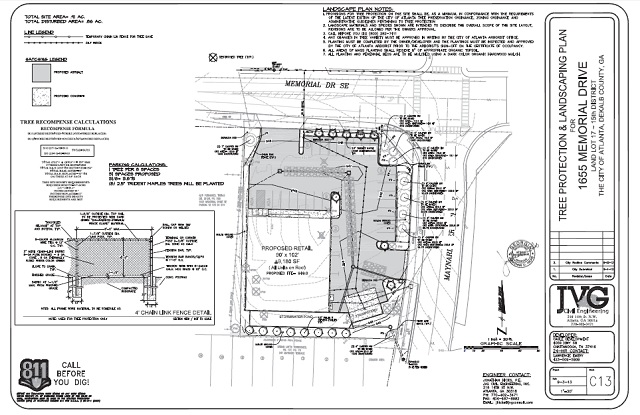 This is the site plan for the relocated Family Dollar store, which will be located at 1655 Memorial Drive, the site of a former Checkers drive-in.

The old Checkers property at 1655 Memorial Drive has been demolished and cleared away.

During the Feb. 10 Kirkwood Neighbors Organization meeting, residents learned that it will become a freestanding Family Dollar store. It’s relocating from the Atlantic Shopping Center just up the road at 1599 Memorial Drive.

Interestingly, the new Family Dollar location was owned by former DeKalb County CEO Vernon Jones. DeKalb County Property Tax records show that Jones has sold the property to a company out of Chattanooga, Tenn. called Hamilton Properties LLC.  The Developer, Cagle Development, is also based in Chattanooga. The property was sold December 20, 2013, for $500,000, county records show.

The developer made a presentation to the KNO and said the new Family Dollar store will have a brick veneer. It could open by this summer, the developer said. The property is already zoned for the use as a dollar store, and the developer came at the invitation of KNO member Stan Sugarman.