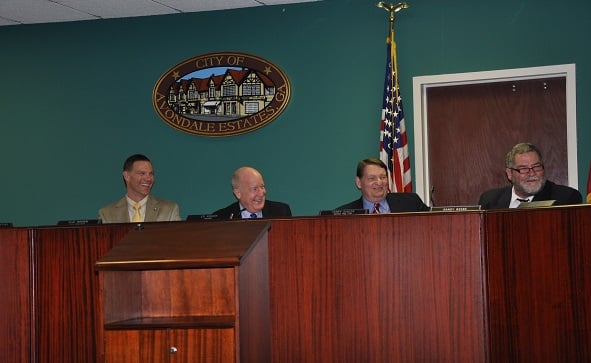 Home brewers and small batch whiskey distillers have a new best friend in the city of Avondale Estates.

On Jan. 27, City Commissioners changed the law to allow for distilleries and artisan food production. The city also agreed to allow home brewing competitions, and Avondale Estates will hold the first legal competition in the Atlanta Area according to Clint Paden with the Covert Hops Society.

Mayor Ed Rieker didn’t participate in a public hearing on the issue and didn’t vote on it because he owns some of the property where the whiskey distiller might sign a lease. The distillery is eyeing a location behind the city’s Tudor Village area.

The distillery’s owner is Tim Watts, who said he plans to make small batch whiskey and pair his production with an artisan vinegar producer who will move in next door.

Watts hopes to have a permit and move into the facility by June and start selling product by the end of the year. He said he will call it “The Watts Whiskey Distillery.”

Paden said Covert Hops has unofficially held homebrew competitions for more than 20 years. In 2013 the state Legislature changed the law to allow for home brewing competitions, if cities voted to allow them. Paden said cities in the metro area have been slow to change their laws to allow the competitions.

The Peach State Brew Off will be held March 29 at 119 Center Street Avondale Estates, Georgia 30002.