A map showing the districts defined in the updates to the city's Master Plan.
Share 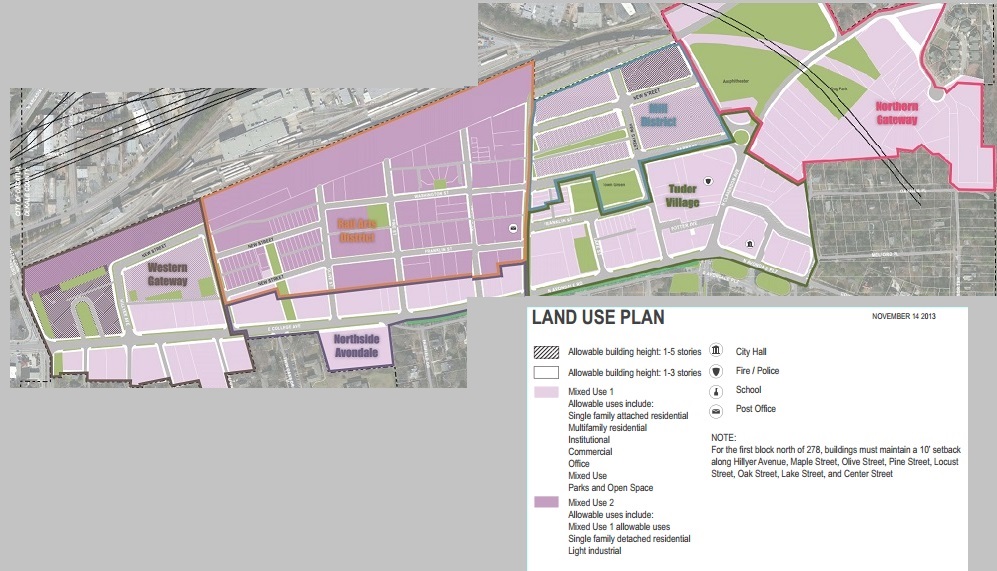 A map showing the districts defined in the updates to the city’s Master Plan.

The city of Avondale Estates discussed the draft of the update to the city’s master plan on Feb. 20, and it brought a small, vocal crowd to the city’s work session.

Downtown Master Plan 2014 is an update and revision of previous planning efforts. The city published the first draft earlier this month. The residents who attended the meeting told city commissioners that the plan needs some work.

Specifically, they said the plan is overly-vague and could lead to new development out of character with the city’s older development.

“Some of the things I look at and say, ‘Yeah, that’s Avondale,'” resident David Sacks said. “Some looks a little too generic. It could be anywhere.”

Mayor Ed Rieker told them that the city will bring the master plan back for another work session. He said the master plan is the big picture view of the city’s future. Updating it will keep the city’s plan current, creating opportunities for grants. He said the plan will allow the city to work through the details of zoning at the micro level at a later date.

The plan makes some broad recommendations. For example, it recommends that U.S. 278 undergo a “road diet” that would narrow the street to create more space for sidewalks and bike lanes.

“If we were to do something with the U.S. 278 road diet, we would study it again and instead of studying the whole macro plan, we’d pull that piece out and study how it relates to the whole commercial side,” Rieker said. “That project would go through all the steps of any project we do.”

But it’s that flexibility that worried some residents.

John Threadgill said overall the plan is solid, but “falls a little short” on the specifics.