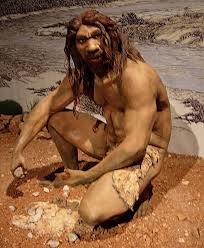 Also, Oog have message for Cave Women who want birth control. Where Oog’s brontosaurus burger? Birth control prevent Oog from procreating, which mean that no one will be working at The Jesus Invent Wheel when Legislature in session.

Also, Oog remind stupid Georgians to support Oog on election moon. Everyone who go to The Jesus Invent Wheel with “Me Voted” sticker gets free bronto-burger.