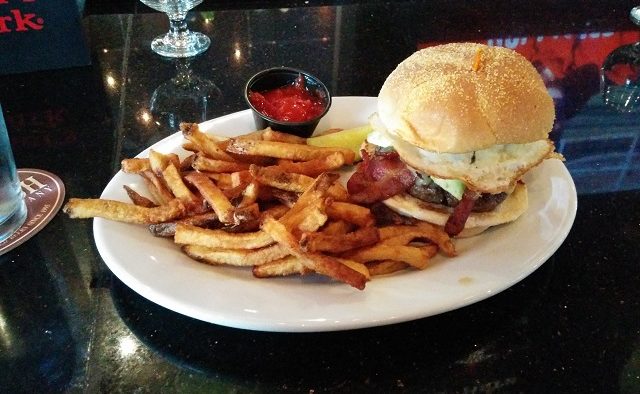 The 1899 burger at Kirkyard Pub. Photo by: Dan Whisenhunt
Share 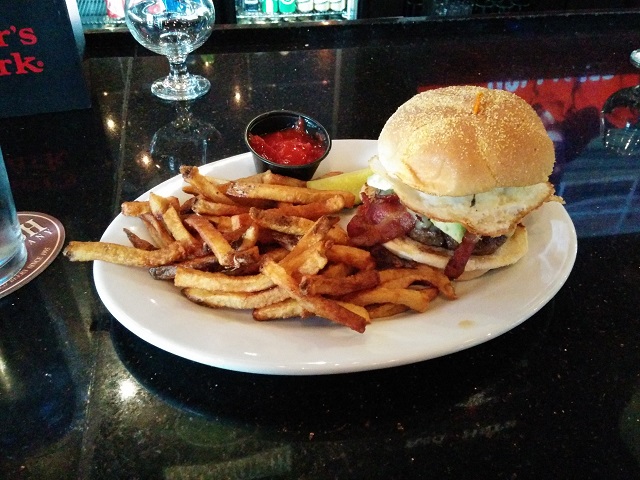 The 1899 burger at Kirkyard Pub. Photo by: Dan Whisenhunt

There’s a new restaurant on Hosea Williams in Kirkwood where the burgers are tasty and the beer is local.

Dano Kirk owns the Kirkyard Public House at Kirkwood Station. It was formerly the location of the Kirkwood Bar and Grill, which closed down last year.

Kirk, the new tenant, was a partner in the Taco Mac franchise for 15 years, and some traces of that experience are evident in the shiny flat screen TVs hanging above the bar.

Kirk lives in west Midtown and prior to opening Kirkyard in December, he had parted ways with Taco Mac and taken some time off to ponder his next move. A friend told him about a bar space that was available. He made an offer and was soon operating his own restaurant for the first time in his life.

Kirk said running one restaurant instead of more than 20 Taco Mac franchises is easier in some ways. But he’s also learning some lessons about dealing with vendors and how to grow a client base in January, which typically isn’t a good month for restaurants. 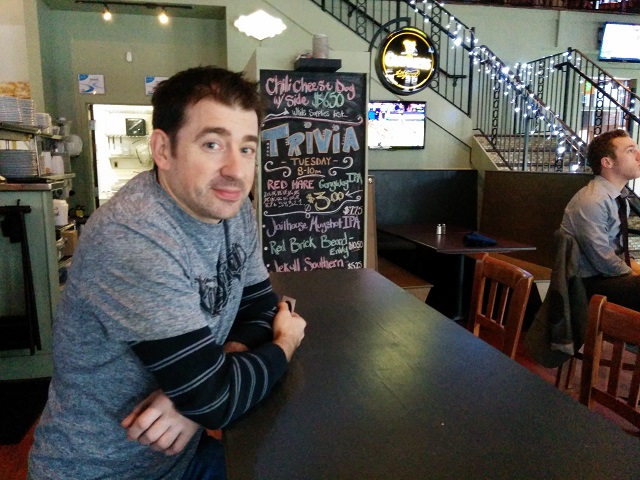 Kirk said he was drawn to Kirkwood’s live-play environment. There are families in the neighborhood, including a group of moms that calls themselves “The Stroller Mafia.” Those families are loyal and supportive, he said.

Kirk said the name, Kirkyard, was a no-brainer. It’s just a play on his last name.

Kirk, 41, grew up in New Jersey and moved to Atlanta during the Olympics. He got a job working at the welcome center, greeting international guests when they came to town. When the Olympics were over, he stuck around and kept working in the hospitality business.

He left Taco Mac on good terms and trades advice with his former business partners.

Kirkyard has a sports bar vibe. The draft beer is all local. It serves chicken wings. But it’s becoming known for its burgers.

“We sell a ridiculous number of burgers,” he said.

One of the most popular burgers is the 1899. It comes with pepper jack cheese, bacon, avocado and it’s topped with a fried egg. It’s juicy and hits all the right notes. Anyone with the munchies would be delighted to find it in the kitchen at midnight.

David Kuechenmeister lives nearby and is a regular. On Feb. 4 he was enjoying lunch at the bar. Kuechenmeister said the residents of the neighborhood wanted a fun place to hang out and have a beer.

“This is a good fit for the Kirkwood neighborhood and Kirkwood station,” he said. “It’s really consistent with the vision of the developer.” 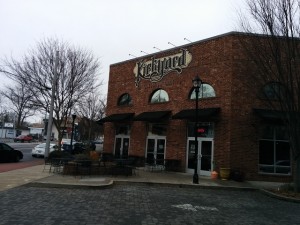 The exterior of the Kirkyard pub at Kirkwood Station. Photo by: Dan Whisenhunt