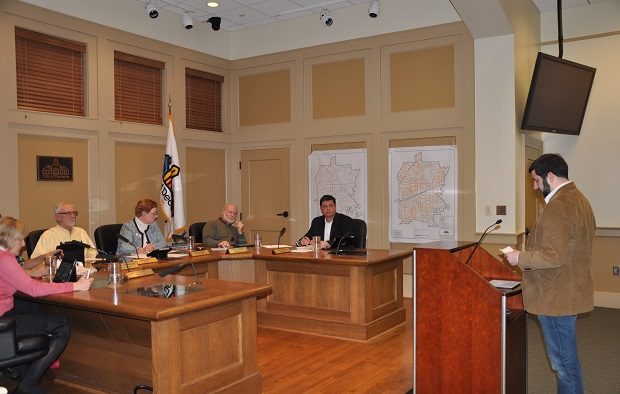 Andy Vocaire, a member of the Parkwood neighborhood, speaks to Decatur City Commissioners during their Feb. 3 meeting. Photo by: Dan Whisenhunt
Share 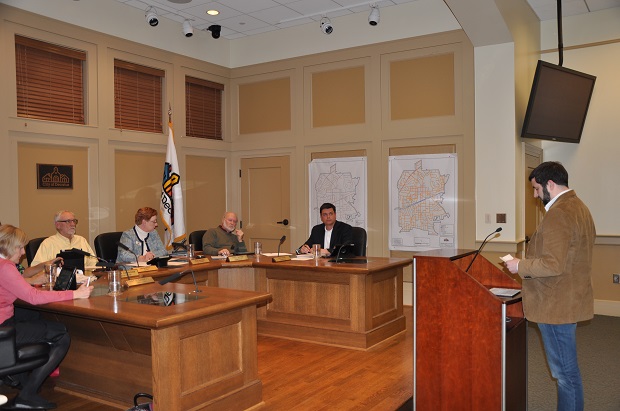 Andy Vocaire, a member of the Parkwood neighborhood, speaks to Decatur City Commissioners during their Feb. 3 meeting. Photo by: Dan Whisenhunt

Decatur’s City Commission on Feb. 3 formally acknowledged a petition to annex 76 homes in the Parkwood Neighborhood into the city limits.

The item was placed on the commission’s agenda, but did not require a vote. Commissioners referred the annexation petition to staff. City Manager Peggy Merriss said she would begin analyzing the impact the annexation would have on the city, a process that usually involves notifying school officials. The Parkwood annexation is expected to add between eight and 10 students to the city’s schools in the first year.

Mayor Jim Baskett said notifying the school system will be a formality at this point.

“You can formally report to the school board and superintendent if you like, but it’s my understanding they are well aware of it,” the mayor said.

Andy Vocaire, spokesman for the Parkwood Neighborhood, attended the meeting and said neighborhood reps have met with Superintendent Phyllis Edwards. He did not attend the meeting, but said the superintendent asked questions about the students that would be attending the school system as part of the annexation. Some students in the 114 home neighborhood already attend CSD. The annexation will only affect the 76 homes that are either partially or totally in DeKalb County.

Vocaire said it’s his understanding that the annexation process can take anywhere from 60 to 120 days. Commissioners would have to vote to approve it.

In other business, commissioners:

– Accepted two documents related to the creation of a Unified Development Ordinance for the city. Commissioners accepted a table of contents and public input plan, and a The Technical Issues and Analysis memo, which identifies weaknesses in the city’s current zoning code and makes recommendations for revising it.

Mayor Baskett emphasized that the city wasn’t adopting a plan to overhaul Decatur’s zoning codes. That process will play out over the next few months.

“Right now we’re mostly approving a scope of work, if you will, and a timetable for that work,” he said.