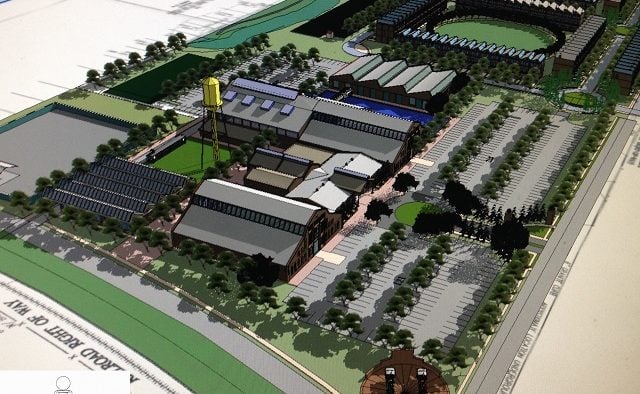 An architectural rendering of a plan to turn the historic Pullman Yard in Kirkwood into town homes. Source: NPU-O
Share 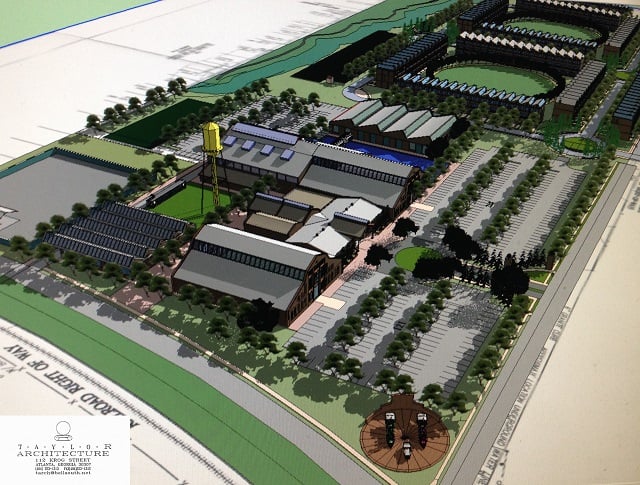 An architectural rendering of a plan to turn the historic Pullman Yard in Kirkwood into town homes. Source: NPU-O

A plan for redeveloping Kirkwood’s historic Pratt-Pullman Yard cleared another hurdle on Tuesday.

Neighborhood Planning Unit – O, a zoning advisory board covering Kirkwood, voted 11-6 to write a letter of support for turning the historic property into town homes. It was not a vote on a final site plan for the property. The letter essentially says the NPU – O supports the general concept.

Stan Sugarman with Pullman Historic Development LLC said the project still has many more hurdles ahead of it. The property is owned by Georgia Building Authority and currently is being used to film movies, most notably “The Hunger Games” sequels.

“There are a lot of approvals the state of Georgia would have to sign off on,” Sugarman said. He said the property would also have to be rezoned to allow for the development.

The plan calls for preserving the core buildings of the historic train yard, which at one time was one of the largest employers of black workers in America.

“We’re a former factory town and it’s a shame the state of Georgia hasn’t done more to preserve the properties,” Sugarman said.

The Kirkwood Neighbors’ Organization voted in January to back the plan. The proposal is based on KNO’s 2008 Community Development Priorities, which have since made their way into the city of Atlanta’s comprehensive development plan.

The general outline of the Pullman redevelopment calls for “permanent protection” of the Pullman Yard structures and a “community-oriented development” that will combine live, work and play features.  The company’s summary of its proposal says, “Above all, Pullman Historic Development aims to bring the Pratt-Pullman Historic site back from nearly two decades of vacancy and deterioration and to create an iconic destination that will benefit the surrounding communities for many generations to come.”

There was some dissent in the room. Alice Jonsson, who lives near the proposed development, said she’s concerned about the traffic the housing would bring to her area. She’s also worried that creating more trails around the area could make homes more susceptible to crime.

She said the plan “looks pretty,” but “We have real safety concerns and crime concerns. We don’t want people having access to the backs of our properties using more paths.”

Sugarman said having clearer paths around the area would make it easier for police officers to patrol and remove cover for people who use these areas as cut-throughs.

“Hopefully it will get rid of a location people can hide in,” he said.

He said the development team would work to address the extra traffic the town homes would create.

“It would be a few more trips, but it wouldn’t be as much as you think,” Sugarman said.