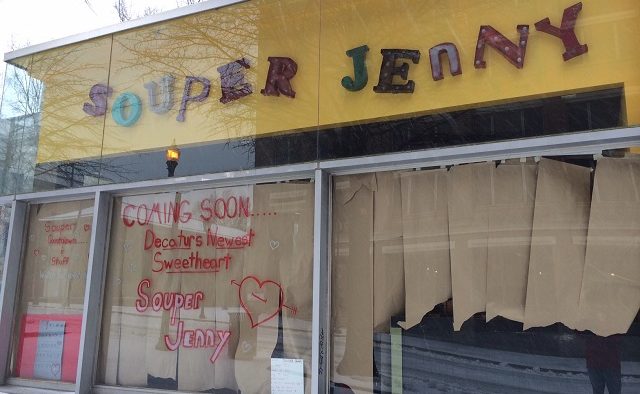 Souper Jenny will open Friday in Decatur. It's an expansion of the Buckhead restaurant.
Share 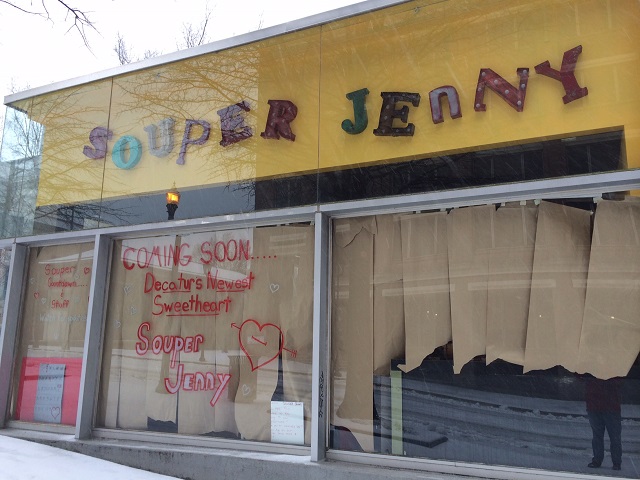 Souper Jenny will open Friday in Decatur. It’s an expansion of the Buckhead restaurant.

One of Atlanta’s most beloved lunch spots is expanding into Decatur.

Souper Jenny will open for business at 11 a.m. Friday (Valentine’s Day) at the old Pita Pit space at 1 West Court Square, next to the old DeKalb Courthouse.

The Decatur spot will be the first Souper Jenny expansion outside Buckhead, but owner Jenny Levison has been steadily building her brand with two books, national television appearances and social media.

She’s well-known on the Atlanta restaurant scene and has cooked on the Today show. She appeared in an Oprah magazine advertorial about how 10 percent of proceeds from companion business Café Jonah go to charity.

Levison opened Souper Jenny in 1999 on East Andrews Drive in Buckhead and it’s been a hit since, with long lines often snaking out of the door. She said she’s always liked Decatur’s warm community feel and finds it similar to the Buckhead neighborhood.

“I’ve had my eye out for a good spot in Decatur,” she said.

Levison was born in Atlanta, grew up in Los Angeles and worked as an actress into her twenties. After traveling around the world, she returned to Atlanta. On her blog, “Following Jenny: Living an Inspired Life,”she explains how she decided to concentrate on a restaurant serving soup:

“When I was ready to open up shop, I found myself looking for what I thought Atlanta didn’t have and what could connect my experience of the 25 countries I had traveled to. Soup was the answer. It was the one food that each country connected to and I had an abundance of soup recipes in my head from the fabulous people I had met around the globe.”

Some things to know about Souper Jenny:

– Keith Yeager will manage the staff of eight at the Decatur shop. It will be open 11 a.m. to 6 p.m. Monday through Saturday.

– It’s casual dining, meaning you order at the counter. Souper Jenny serves six soups (“The only constant is My Dad’s Turkey Chili,” Levison says), two sandwiches and a few salads. Daily menus are posted on a dry-erase board and the Souper Jenny website.

– If you dine in, you’re supposed to clear your own table and use the recycling bins, too.

– Souper Jenny doesn’t accept credit or debit cards, only cash and checks, but there will be an ATM around the corner at the Associated Credit Union in Decatur.

– Sometimes there’s music. Souper Jenny’s website, says, “If you sing and dance with the staff, there’s a good chance you’ll get a free cookie. We love when the customers join in our antics and heck, we all could use a little fun during lunch.” It helps that the waiters are often actors.

– Also, no cell phones in the restaurant. The Souper Jenny website says, “The world is fast enough. When you walk through the doors, please take a deep breath and put your phones away before sitting down to enjoy a healthy lunch. Your neighbor will thank you.”