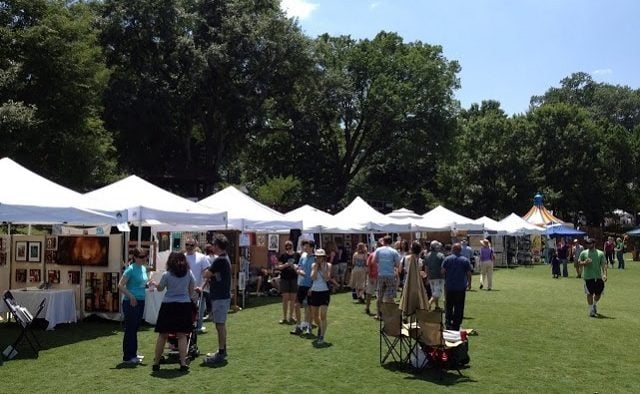 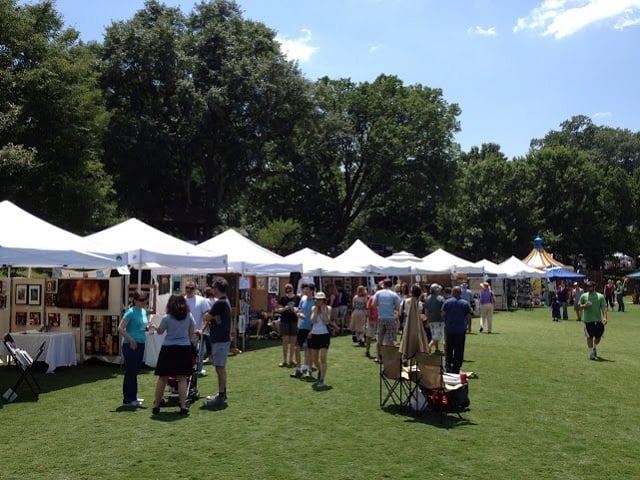 Organizers are busy planning the Kirkwood Neighbors’ Organization’s annual fundraiser, the Spring Fling, which is set for May 17.

It’s a free event held at Bessie Branham Park. The event will last from 10 am to 11 pm. At 8 pm, the Spring Fling will move over to Kirkwood’s business district on Hosea L. Williams Drive, between Kirkwood Road and Howard Avenue North East.

There’ll be new restaurants participating this year, including the recently opened Kirkyard Pub.

Bessie Branham Park is the reason the event started 12 years ago, according to festival chairman Buzz Burton.  The park needed new playground equipment, so residents decided to hold a fundraiser.

“There were residents new to the area. They had kids,” Burton said. “They said, ‘Why don’t we throw a small festival see if we can raise some money?'”

They did raise the money and bought the playground equipment. It soon became an annual event that got larger each year, if the weather cooperated. Burton said last year’s event drew between 3,000 and 5,000 people. The event focuses on local artists and musicians. One of the things that sets the event apart is the amount of activities it offers children. Burton said the event organizers set aside about 30 percent of the event for kids’ activities, including bouncy castles, story time and other fun things.

“It’s more of a kid-friendly atmosphere than some other festivals,” he said.

But there’s something in it for mom and dad, too.

What’s so special about it? It’s a secret, Burton said. It’s one of the festival’s biggest sellers.

“Every year we’ve added a couple of more coolers of it,” he said. Last year, Spring Fling included a barbecue competition and that will return this year, Burton said.

“Spring Fling is KNO’s biggest fundraiser and we rely heavily on the money that comes from that so we can fund all of our different committees, from education to public safety and environmental committees,” Childers said. “That money is turned over to all of those groups so they could improve the neighborhood.”

Childers said this year organizers are looking at using some of the money to buy security cameras to help police officers fight crime.

Burton said he’s looking for volunteers to help him set the event up and break it down the day after.

Anyone interested in volunteering can email Burton at [email protected]