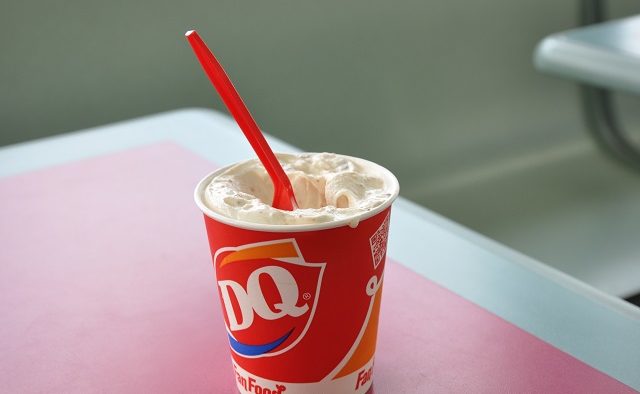 A Butterfinger Blizzard. It never knew what hit it.
Share 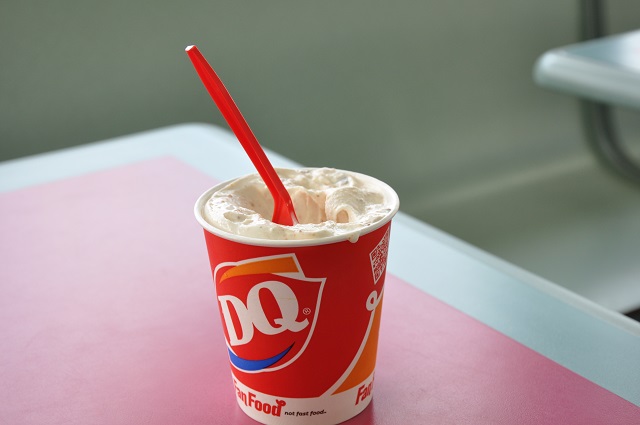 A Butterfinger Blizzard. It never knew what hit it.

I ate my last Butterfinger blizzard at the Decatur Dairy Queen on Saturday.

After 30 years in business, the DQ was shutting its doors. It may come back. It may not.

The DQ on Saturday was about as somber as an ice cream shop can be. A person ahead of me bought several bags of food and carried them under his arms out to his car. Other customers ate at their tables, stirring their ice cream and talking softly to the people around them.

The Decatur DQ is owned by the Momin family. They smiled and hugged their customers goodbye. No one is sure if they’ll return after their building is torn down and an apartment complex is built on top of it.

The Momins are hopeful they can reach an agreement with their new landlords, but the customers there on Saturday knew it could be their last bite. The man behind the counter handed me my ice cream, flipping it upside down momentarily and then upright. He always does this. I’ve never asked why. I have my area of expertise and he has his.

I ate slowly, trying to savor my blizzard without having it melt into Butterfinger soup. I smelled onions caramelizing on a grill in the kitchen. A photographer for the Decatur Dispatch was behind the counter clicking away.

While crunching on a buttery crumble, I thought about a comment I heard after I wrote the first story about the DQ closing. Decaturites turned out in droves to give their favorite ice cream spot a proper sendoff.

The reader said he didn’t understand what all the fuss was about. People becoming sentimental about a fast food restaurant sounds like small town silliness. Why would anyone get emotional, much less write about it?

I won’t dispute the basic facts. It is just a Dairy Queen. But then again, no it isn’t.

It’s Decatur’s Dairy Queen. The Momins own it and are some of Decatur’s biggest champions. They’ve known some of their customers since they were kids.

I’m newer to the area, so my history with the DQ is more recent. I didn’t even know much about the Momins until a few days ago. But I knew that they were good people.

I learned this during my first winter here. My wife was sick and her throat was sore. I ran out to get prescriptions and got a text message from her. It said, “Please bring me ice cream.”

I stopped by the Dairy Queen. The Momins were inside sweeping up and counting the money in their registers. I pulled on the door and it rattled as the lock held it shut. The Momins looked up and saw me standing there, five minutes after closing.

As I turned to walk away, I heard the lock click. They opened up the door and took my order, turning on the soft serve machine.

They didn’t know my wife was sick, and barely knew me. They saw a man whose day would’ve been a little bit poorer without some ice cream. The Momins could not accept that.

I understand why someone wouldn’t “get” why a fast food joint matters so much to a community, particularly Decatur, which has some of the best restaurants in the nation.

Maybe I have some bias because I’m from Alabama, and DQ is popular in the South.

Or maybe I’m charmed by the affable Momins who have put so much love into their business. I can only explain my reasons. I can’t explain the feelings of others.

How many bad days have gotten better because of the Momins?

How many times have they helped kids celebrate A’s on report cards?

How many times has their ice cream helped two best friends patch things up after an argument?

How many times have they made a child remember why they love visiting grandma?

How many times have they opened their doors after hours to help a stranger?

In a few months, a 30-year-old locally owned business will be knocked down and replaced with apartments owned by people who live in Texas. This is nothing against the folks in Texas. Progress has to happen. Development in Decatur is necessary and we have an acute need for affordable, multifamily housing.

The Momins put their money on Decatur at a time when Decatur wasn’t a safe bet.

They had foresight. They bought in early and stayed put.

Now a well-financed company out of Texas has the final word on their future here.

If they’re reading to this, I’d encourage them to continue working carefully with the Momins and make sure they come back better than before.

The Momins have been good to this city. Be good to them.