Sunday Morning Meditation – Driving me up a tree

Sunday Morning Meditation – Driving me up a tree 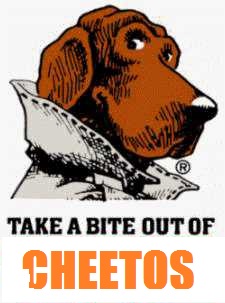 The other day a reader posted the following message on the Decaturish.com Facebook page.

“Decaturish.com appears to be taking sides in the tree debate – the side that does not like trees! Is it true?”

No, it isn’t. I am totally objective. In fact, I am the perfect person to cover the tree ordinance controversy.

I get both sides of the issue. I understand that both sides are quite passionate. But as a reporter, as a reader, and as a human being, I could not think of a more boring topic.

Even golf is more exciting than the tree ordinance.

So what kinds of stories interest reporters?

Glad you asked. It turns out an actor who voiced McGruff the Crime Dog was arrested in Texas for growing marijuana and keeping a stockpile of weapons.

I read that story and knew that somewhere there is a God and he likes journalists. Really, really likes them.

There are several reasons why this story is infinitely more fascinating to me than the tree ordinance. Let’s compare:

Crime dog story – The actor who played McGruff the crime dog was pulled over in Galveston, Texas, and police officers discovered a diagram for his indoor grow house in the passenger seat of his car.

Tree ordinance story – People in Decatur are very passionate about this issue. They’ve formed two distinct groups, held public meetings and one group is planning an Arbor Day celebration to promote tree planting in the city.

Crime dog story – A man who played a talking dog that warned kids to stay away from crime was arrested for growing pot and owning a grenade launcher.

Crime dog story – “Everything I read about you makes you seem like a scary person.” – Judge to actor who played McGruff the crime dog, after the actor claimed that in spite of owning enough fire power to overthrow Kansas, he was not a violent person.

So you see, no matter how fascinating you believe this issue to be, you will never have to worry about my allegiances.

I couldn’t take a side here even if I were inclined to do so. I will cover the hell out of this story, because people like reading about it, even if I would rather be working on the crime dog’s biography.

I am totally, depressingly, objective.