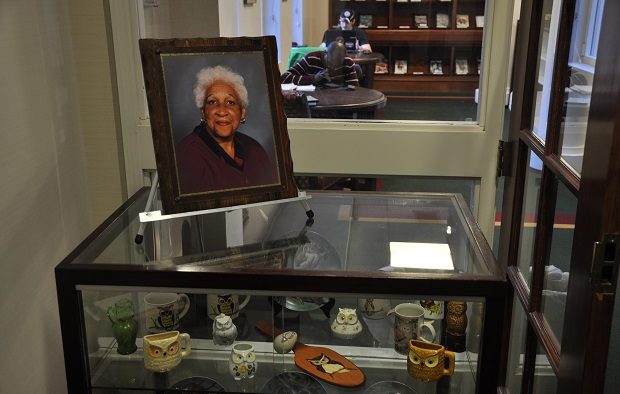 Lillian White collected owls throughout her lifetime. Her collection is on display this month at the Decatur Library. Photo by: Dan Whisenhunt
Share 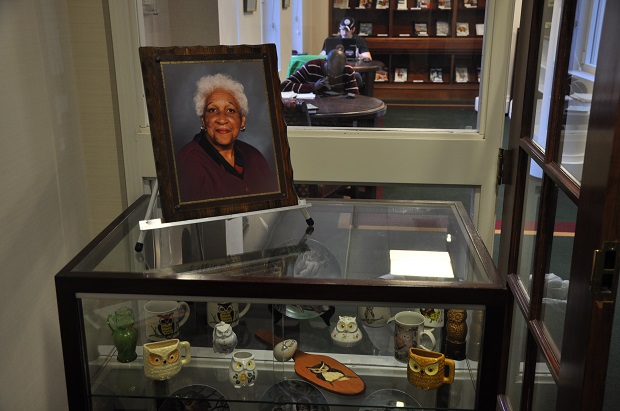 Lillian White collected owls throughout her lifetime. Her collection is on display this month at the Decatur Library. Photo by: Dan Whisenhunt

Greg White’s mom was fascinated by owls for as long as he could remember.

Lillian White loved nature and reading. As a child, Greg and his mother would go on walks in the woods together. She talked to him about the owls that lived in the trees. For Lillian White, owls were a symbol of knowledge and wisdom.

Sometime around 1973, he said, his mom started collecting owl objects, statues, cups and the like. Over the years that collection grew and grew. There are 167 of them on display at the Decatur Library to commemorate Black History Month.

White introduced the owl exhibit and told his mom’s story Sunday, Feb. 2. White is the director of the city of Decatur’s Active Living Division. He is tall, smiles easily and speaks with a lighthearted wisdom. White told everyone he hoped they fared well in the Jan. 28 snowstorm, an event that hobbled Atlanta for three days.

“Every test does not include a paper and pencil,” he observed. 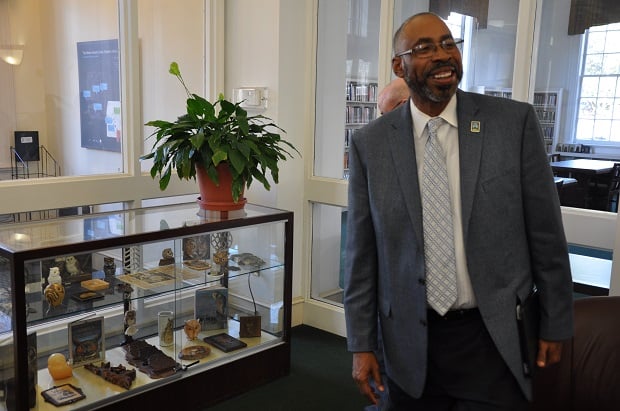 Greg White, the city of Decatur’s Active Living Director, shows off a display case containing some of his mom’s owl collection. Photo by: Dan Whisenhunt

White attributes his mother’s love of nature to her growing up on a farm in Mississippi. She lived in a home with no running water. Lillian White thirsted for knowledge. She married Ernest White, a man she met while in college. White’s father stood out, because he always scored 100 on his tests and the teacher in the class graded on a curve.

“My mother was wise,” White said. “She married the man who would not let there be a curve.”

His dad never got a B on a test until he entered medical school, Greg White said.

In 1954, Lillian White obtained a Bachelor of Science degree in biology. The family moved to Durham, N.C. in 1964 after Ernest finished medical school. Ernest worked at an African American hospital and Lillian took a job working part time at the library.

“She would go door to door,” Greg White said, knocking on the podium to create the sound effect. “She said, ‘You’ve got to get your kid to the library.’”

Lillian White obtained her master’s degree in library sciences in 1972 and from 1973 to 1996 oversaw all the branch libraries in Durham County, N.C. Greg White said his mother was “instrumental” in moving the Durham County library system from the card catalogue to the computer.

As his father’s career took off, they moved to inner city Durham, one of a few black families in a neighborhood full of doctors and lawyers.

Lillian White’s owls first appeared in the den. Then they arrived in the study room. Eventually, the owls migrated into the family living room. They hung from the Christmas trees as ornaments.

In 2001, Lillian White began repeating herself. Soon the family learned she had Alzheimer’s. The brilliant mind that nurtured Greg White’s love of learning began to fade. He said he had his last real conversation with his mom in 2003. She passed away in 2011.

In the intervening years when he drove up to see her, he’d bring some of her owl collection home out of fear she’d accidentally throw them away.

On his last trip there, he brought back three tubs full of them. Greg White said during the hard times with his mother’s illness, when she could no longer hold a conversation with him, the owls were a calming presence, reminding him of her knowledge and wisdom.

“I saw the owls looking back at me and saying, ‘You can do it,’” White said.

Greg White is accomplished in his own right. In addition to holding a senior staff level position with the city of Decatur, he’s also a collector and a Negro league baseball aficionado. His passion led to him bringing some of the old Negro league players to meet President Barack Obama. He played host to the president when he visited Decatur a few months later.

He said his mom would’ve been tickled to see the group that showed up at the Library on Sunday, a room full of people who were black and white, young and old.

“We hope that this exhibit inspires you all to use knowledge and wisdom to be the change makers of the world,” he told the audience. “I know my mom planted that seed.” 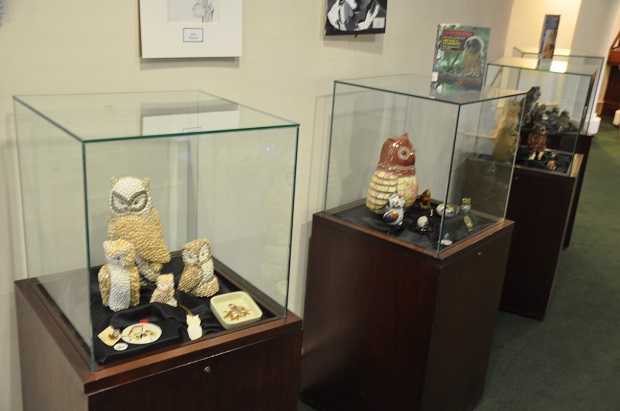