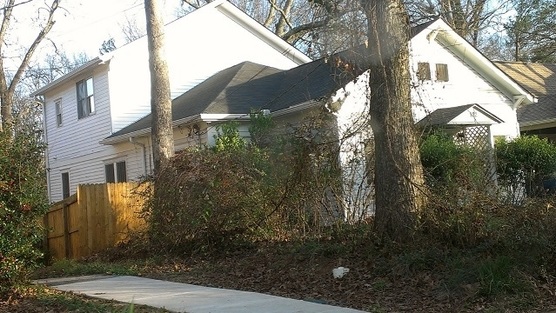 Photo from the FAR rule petition on Change.org
Share

Photo from the FAR rule petition on Change.org

A Decatur resident is urging people to sign a petition to repeal a “Floor Area Ratio” rule that the petitioner says hurts property owners.

Wylie Roberts says the rule puts unfair restrictions on property owners who want to renovate their homes. The petition asks the city to repeal the rule when it adopts its Unified Development Ordinance, an overhaul of the city’s zoning code that’s currently in the works.

The petition says, “The new FAR rule added in 2008 mandates that ‘total floor area’ also be no more than this same number of square feet, and garage space and accessory buildings must be counted. This means that a building footprint that covers 30 percent of a lot (very typical for existing one-story homes) would hit 60 percent if a full second floor were added, which exceeds the 40 percent FAR limit. In order to add a full second story, your building footprint would have to be no more than 20 percent of your lot square footage, which very few homes are.”

Roberts petition blames the rule on the “anti-development crowd” and accuses the city of enacting the rule in 2008 without any public input.

“Because of the far reaching impact to property owner’s rights, there should have been a referendum, which likely would have also been soundly defeated,” the petition says. “Instead, it was quietly adopted without most homeowner’s knowledge or ability to vote on it.”