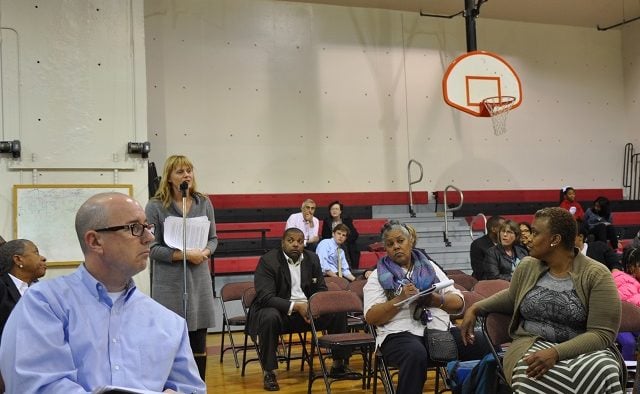 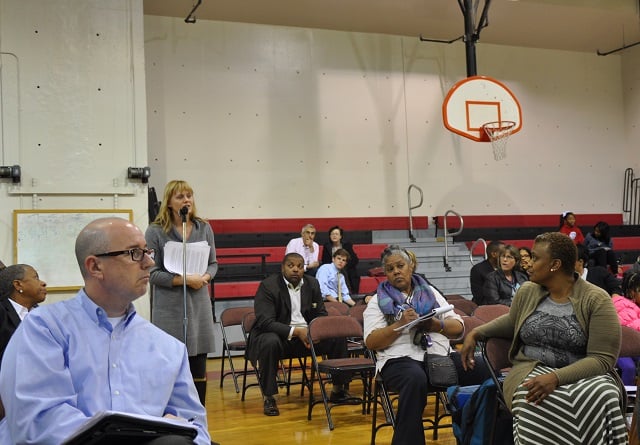 When Atlanta Schools Superintendent Erroll Davis called a meeting to talk about the future of middle school in the Jackson High Cluster, everyone expected him to have a plan.

But expectations are funny things.

The joke was on parents who had gathered at the former Coan campus on Tuesday, March 18, for an input meeting about how to turn around low enrollment at Coan and King Middle Schools. Davis did not attend. The meeting was led by an APS mediator, and many of the points of discussion – like the need to turn around low enrollment – were things that parents had heard before.

Parents and school board members both say that closing Coan and combining it with King is an option that’s under consideration. Davis, however, hasn’t said anything officially about whether he would recommend closing Coan. So the meeting continued as though both schools would remain open in August, even when many parents and school board members knew that might not be the case.

“The fact that we’re even discussing keeping Coan open right now kind of blows my mind,” she said during public comments.

Enrollment at both Coan and King is low, APS figures show. Coan has 261 students in a school with a planning capacity of 1,025, and King has 471 students with a planning capacity of 1,000. APS has determined 50 percent of students zoned for Coan attend middle school, compared with the 60 percent of students zoned for King. Currently, Coan students are attending classes in the former East Lake Elementary School campus until the end of this year. A list of frequently asked questions distributed by APS doesn’t directly answer a question about whether students will relocate to their old campus in August 2014.

“The move depends on the outcome of this process,” the FAQ answer says.

Some parents wanted to turn Toomer Elementary into a K-8 school, but Davis doesn’t want to do that. He has said wants to do something to improve middle school in the Jackson cluster. Davis’ ideas include refurbishing the schools or turning Coan into a career academy, but he has told parents those are only ideas.

School board members Cynthia Briscoe Brown, Courtney English and Matt Westmoreland were late to Tuesday’s input session because they got held up at a budget meeting.

Westmoreland, whose district includes the Jackson Cluster, ended the meeting by pledging to get more specifics from Davis.

“I was under the impression this meeting was going to be different than the formats we’ve had in the past,” Westmoreland said.

He told parents that he recognized their time is valuable and that he would make that clear to the superintendent before a similar input meeting scheduled for Monday, March 24.

Brown told Decaturish after the meeting that she was disappointed by the lack of information.

“I felt that this meeting and the one on Monday were to be more about moving forward together than rehashing what’s been said before,” she said.

Davis has told parents he will post a draft proposal on the school system’s website between March 26 and April 2 for public comment. Davis plans to make his recommendations about Coan and King to the Board of Education on April 14.

Coincidentally, that’s also the month that APS hopes to have picked the superintendent’s successor. Westmoreland said the school board wants to confirm his replacement by the end of April.

Parents said they’d done enough talking. They told the mediator to tell Davis to bring them a specific proposal about how to move forward.

“Just do what you’re supposed to do,” one of the parents said.