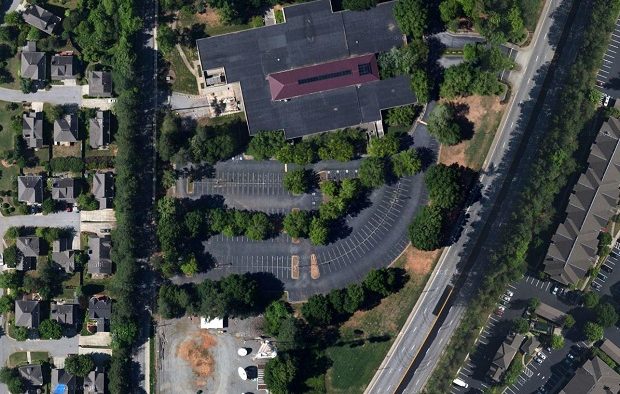 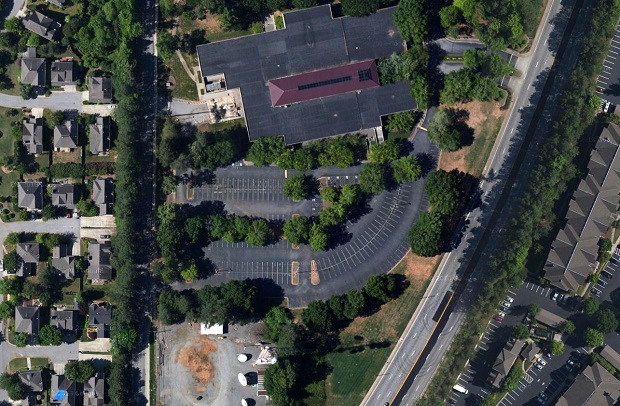 Decatur officials had high hopes when they annexed the old DeVry University Property on Arcadia Avenue back in 2009.

The city zoned the property as mixed use, believing the 21 acre building would someday support high density residential and commercial.

That didn’t happen, the city commission was reminded Monday.

Mayor Jim Baskett said during the March 17 meeting that none of this is what the city had in mind when it annexed the property.

The city wasn’t the only party in Decatur that had hopes for the DeVry building. There’d been talk of City Schools of Decatur taking over that property, but the school superintendent Phyllis Edwards told the Atlanta Journal Constitution last April that the asking price of $17.5 million was cost prohibitive. There’s been no explanation about how the property dropped from that reported asking price to the $7 million that Govt. Properties paid for it. Harvey Rudy, a managing principal with GP-Govt. Properties I, LLC, told Decaturish in January that he wasn’t sure where the reported asking price came from. He said he could only confirm what Govt. Properties paid for it.

Coincidentally, City Schools of Decatur is borrowing $17.5 million by issuing Certificates of Participation in order to pay for much-needed expansion of Decatur High and Renfroe Middle.

City Manager Peggy Merriss said during the March 17 meeting that the city was never involved in the marketing or sale of the DeVry property.

“It was marketed several times that I am aware of, with different real estate folks,” she said. “I don’t know that we ever had the opportunity to play an active role in the marketing of it.”

Baskett suggested that the city commission deny the request from Govt. Properties.

“They did this long-term lease with the VA, which is not what any of us envisioned when we annexed this property and did this regulating master plan,” he said. “I just think we’re losing a whole lot of possibility there on that property.”

Other commissioners didn’t dispute that point, but said denying the application for the 4.5 acre tract wouldn’t make much difference.

“We don’t have much to play whether we deny it or approve it,” Commissioner Fred Boykin said. “It’s a little bit more (density) of one or it’s a little less of the other. The main portion of the property is leased for 20 years.”

Commissioners voted to approve the request to amend the master site plan, with Baskett casting the only “no” vote.

In other commission business:

– Commissioners approved raising the rates for collection of residential and commercial garbage. Residential services will increase from $235 per unit each year to $237. The city’s 95 gallon cart service for businesses will increase from $705 per 95 gallon cart per year for once-a-week service, to $710. Collection of the three cubic yard dumpsters will go up from $1,060 per year to $1,070. City staff said the fee hikes were needed to cover the costs of increased overtime to work the city’s popular cleanup and recycling events. The cost of the Pay as you Throw trash bags will remain the same.

– Commissioners approved a $181,000 contract with Dynamo Pool Management to operate Glenlake, McKoy and Ebster pools from May 1, 2014 through September 1, 2014.