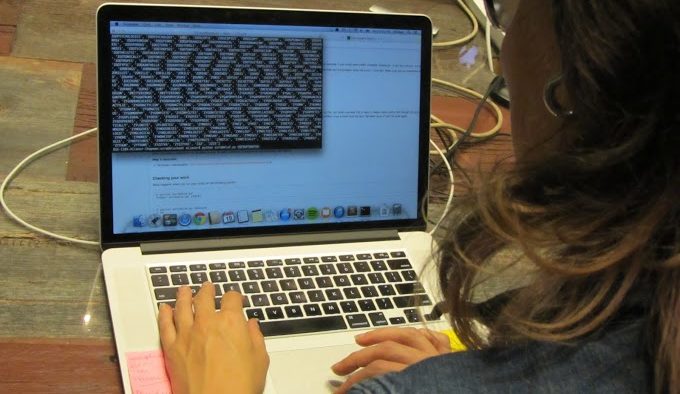 Alianor Chapman, A member of PyLadies Atlanta working on an assignment during a recent class. Photo by Emily Chapman
Share 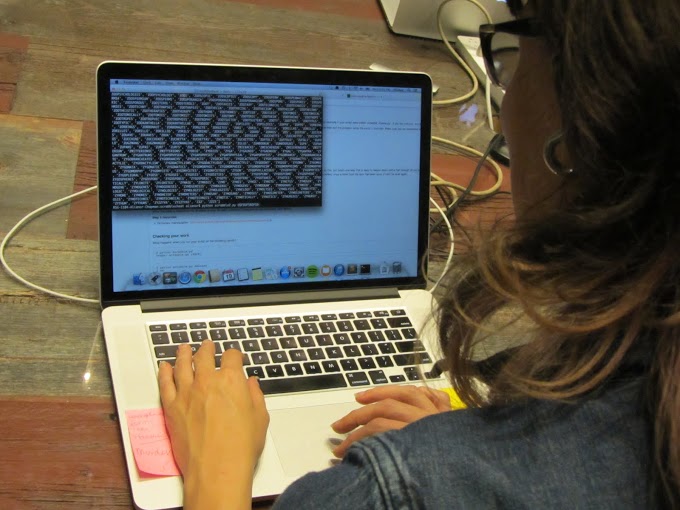 Alianor Chapman, A member of PyLadies Atlanta working on an assignment during a recent class. Photo by Emily Chapman

Laura Cassell, one of the cofounders of PyLadies Atlanta, started the group a year ago to find more people like herself. PyLadies brings together women who are interested in learning more about the programming language Python.

“I wanted to meet more ladies who write code, because I was always the only one,” Cassell said.

She said that in her conversations with other women in technology, she heard the same thing over and over. Programming is a field dominated by men. Cassell said women were “scared of being yelled at, of being insulted or demeaned.” PyLadies is a safe space where women can ask questions and build on their knowledge.

At a recent meeting, one attendee said she is learning Python online through the Kahn Academy as a supplement to her economics degree. She recalled the candy dish metaphor when describing her own experiences learning Python. Online courses, she said, are “helpful, but there are parts–the candy dish–when it gets frustrating.” Sometimes, a beginner just needs to “go on YouTube and see if maybe someone can explain it like Mister Rogers would explain it.”

When the introductions at the meeting were over, the group began to tackle that evening’s assignment: building a program to cheat at Scrabble. Alianor Chapman, another co-organizer for the group, guided the assembled PyLadies through the project. During her introduction, she shared the practical applications of the program: a coworker of hers is currently using the program to win against his mother—a former English teacher—in Words With Friends.

It’s an easy-going group. During the assignment, Cassell pointed out that a candy dish had escaped notice: a missing pair of empty parentheses in an early line of code was causing the error. The missing parentheses were replaced, and there was applause as the piece of code—now functional—printed out the entire official Scrabble dictionary.

The meeting illustrated just how painstaking writing code can be. After two hours of working through the Scrabble project, the group had only made its way through two steps of the tutorial. Rather than leaving frustrated or discouraged, however, the attendees were energized. They promised to connect online and continue their lessons. There’s no crying in PyLadies.

PyLadies Atlanta meets on the third Wednesday of every month. Those interested in joining for a meeting can RSVP and reach out to organizers on the group’s Meetup page. Their next general meeting will be at 7pm on March 19th, with the location available to those who RSVP. PyAtl, the general meetup for Atlanta Python enthusiasts, will have its next meetup on March 13th at 7:30pm at Manuel’s Tavern.

Editor’s note: The author of this article shares a last name with a person quoted in it, but they are not related.