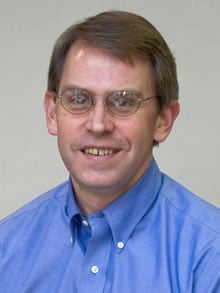 The university reports that R. Paul Johson, currently the director of the New England Primate Research Center, will take over at Yerkes in August. Johnson also is a professor at Harvard Medical School.

Yerkes’ current director, Stuart Zola, will step to down to focus on his research on Memory in the university’s Department of Psychiatry and Behavioral Sciences and at the Atlanta Veterans Affairs Medical Center. Zola has been the director at Yerkes since 2001, the university said in its announcement.

S. Wright Caughman, executive vice president for health affairs at Emory, CEO of Emory’s Woodruff Health Sciences Center and chairman of Emory Healthcare, said in a press release that Johnson is well regarded by researchers throughout the world.

“He brings to Emory a deeply rooted commitment to expanding our body of knowledge in infectious diseases for the benefit of patients everywhere. His emphasis on developing ground-breaking research through collaborative relationships aligns perfectly with our mission of transforming health and healing. We are thrilled to welcome Dr. Johnson to Emory and to Georgia,” Caughman said in the press release.

One of Johnson’s research interests is identifying immune responses that can help prevent HIV infection, the press release said.