This is a map from a feasibility study that examined the possibility of a bike share program in Atlanta and Decatur. Atlanta decided to move forward with the program, but Decatur declined, citing the project's cost.
Share 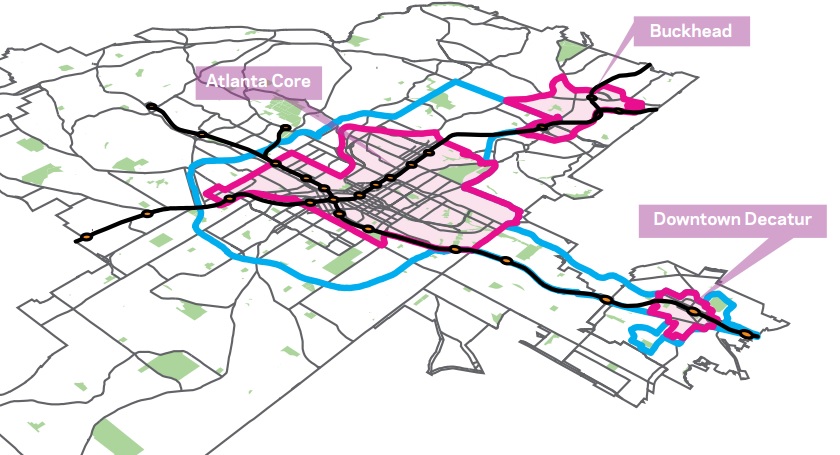 This is a map from a feasibility study that examined the possibility of a bike share program in Atlanta and Decatur. Atlanta decided to move forward with the program, but Decatur declined, citing the project’s cost.

Decatur’s name is synonymous with cool, pedestrian and bike-friendly communities.

As Decatur Metro noted, Atlanta has decided to forge ahead with the bike share program, buying more than 500 bikes and installing 57 stations around the city. Decatur has decided to pass on the project.

City Planning Director Amanda Thompson told DM that the program is too expensive.

So how much would that bike share program have cost? Well, according to the feasibility study titled “Atlanta-Decatur Bike Share Feasibility Study”, the estimated cost would be between $6 million and $12.9 million over six years.

“To finance a system of this size, capital and investment revenue will need to be secured. User-generated fees are not enough to cover the full cost of the system,” the study says. “Grants, sponsorship and other investment strategies can help fill this gap.”

According to a city of Atlanta press release, the city paid for some of the project’s estimated costs with $2.5 million in remaining bond money.

“In 2012, Mayor Kasim Reed committed to the goal of making bicycling an integral part of daily life for Atlanta residents, workers and visitors by allocating $2.47 million in remaining bond funds to complete several key bicycle projects by 2016,” the press release said. “These projects, along with others by the City and its partners, will add 50 miles of multi-use trails, bike lanes, and cycle tracks over the next two years.”