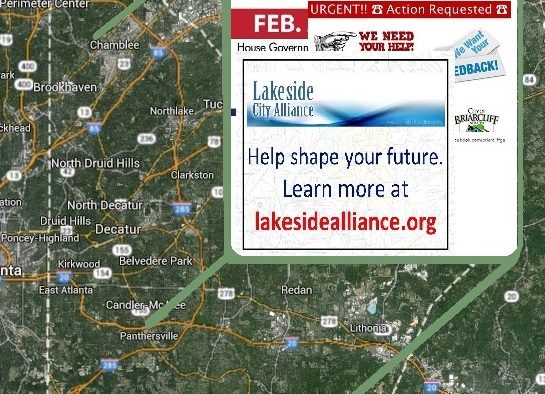 Illustration. The advocates of these new cities did not erect giant floating billboards that can be seen from outer space.
Share 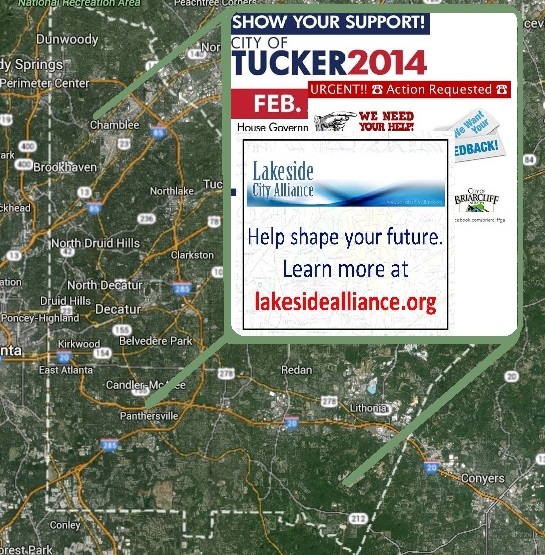 Illustration. The advocates of these new cities did not erect giant floating billboards that can be seen from outer space.

There were four voices in the state Capitol on March 6.

Three of those voices represent interests that want to carve up areas of DeKalb County and create new cities. The fourth voice wants to keep the county whole, even if it is admittedly imperfect.

Representatives from the county and the advocates for the new cities of Lakeside, Tucker and Briarcliff attended a House Governmental Affairs Committee meeting Thursday afternoon. Reporter Newspapers and WABE both give similar accounts of the proceedings.

According to the Reporter Newspapers story, representatives from Briarcliff and Tucker seemed to be reaching an accord on their boundaries. All three of the cities proposed boundaries lay claim to Northlake Mall, a source of tax revenue that’s an important part of each city’s feasibility.

According to Reporter Newspapers;

“Frank Auman of Tucker 2014, agreed that Briarcliff and Tucker could work out their boundaries to coexist.

“We can in very short order reach an agreement on the small area of overlap,” Auman said.

Unlike Briarcliff and Tucker, Lakeside has already won approval of the senate and that gives the bill the inside track to pass the House and on the May 20 ballot. The bill’s Republican sponsor is state Sen. Fran Millar. Mary Kay Woodworth, chairwoman of the Lakeside City Alliance, said the short turnaround on holding an election won’t short-circuit discussion about the idea. She said there have been numerous public meetings about a new city.

“What we have learned from the other cities that had a vote (to incorporate) in November to be able to open on Jan. 1, that does not give you enough time to get your city set up,” Woodworth told Decaturish this week.

The accelerated pace of the debate is one of DeKalb County CEO Lee May’s arguments for a cooling off period on new cities. The Briarcliff and Tucker bills didn’t win the approval of the House or the Senate before March 3 crossover day. House Governmental Affairs Committee Committee Chairwoman Amy Carter said that crossover day would not apply to the cityhood bills.

May said there’s not enough time left in the current session for the General Assembly to make an informed decision.

“You have a couple of weeks left of session and I don’t for one see a resolution that gets us to an informed and substantive decision that we can all feel like will be for the betterment of our county,” said May.