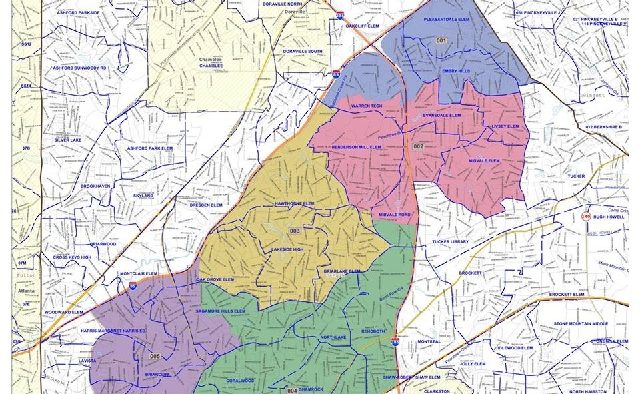 An older map showing the boundaries of a proposed city of Lakeside. This map is being revised. Photo from LakesideYES
Share 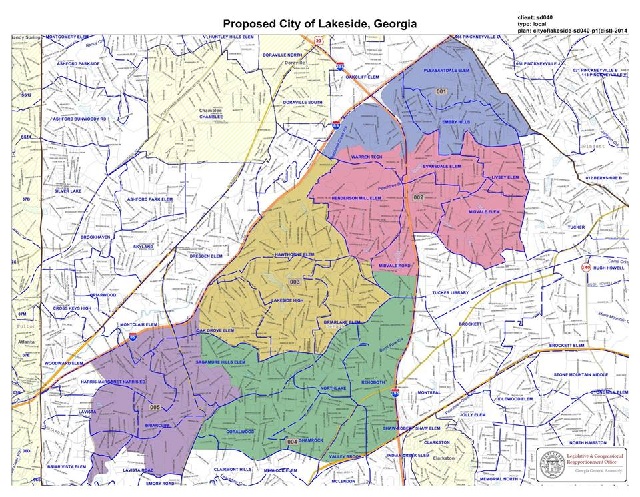 This map of the proposed city off Lakeside shows its proposed city council districts. This map has changed quite a bit, so this may not be the most up to date version. Photo from the Lakeside City Alliance

Things are not looking good for people who want to create a new city of Lakeside.

But they’re looking very good for people who don’t want to create a new city.

WABE reports that a House committee has tabled the proposed Lakeside bill, which had already passed the state Senate. The news service reports that with three days left in the session, state representatives were doubtful that they could approve the bill before legislators return to their districts to run for reelection.

To read the full report from WABE, click here.

Lakeside was in competition with two other proposed cities: Briarcliff and Tucker. Neither of those cities received approval by either chamber of the state General Assembly. Republican state Sen. Fran Millar sponsored the Lakeside bill and represents a portion of the proposed city. Democratic state Sen. Jason Carter, who is running for governor against incumbent Gov. Nathan Deal, represents much of the area that would’ve become part of the new city. He blasted Millar and other Republicans for approving the Lakeside bill along party lines.

The debate grew so intense that even Gov. Deal was asked to weigh in after giving a campaign speech at Briarlake Baptist Church on March 11. The Atlanta Journal Constitution reported that the governor declined  to say whether he would support a new city in unincorporated DeKalb County, calling the new cities “local issues.”