Multifamily – A developer’s plans for Kirkwood

Multifamily – A developer’s plans for Kirkwood 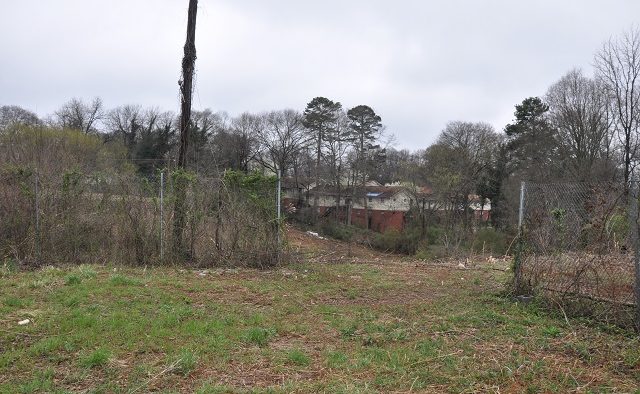 A developer wants to turn this overgrown lot and the adjacent apartments behind it into a multifamily project. Photo by Dan Whisenhunt
Share 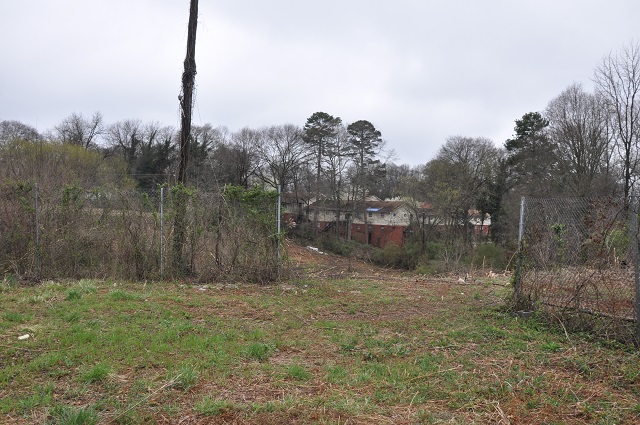 A developer wants to turn this overgrown lot and the adjacent apartments behind it into a multifamily project. Photo by Dan Whisenhunt

A developer has plans for an overgrown lot behind the bustling Kirkwood Station, but those plans are on a collision course with Atlanta’s convoluted zoning codes.

According to a local real estate agent, Euramex Management purchased the 3.3 acre lot in November. Euramex officials did not return messages seeking comment for this story.

Agent Rich Arroll said the company also wants to buy the adjacent apartments at 1910 Bixby Street. The goal, Arroll said, is to develop all six acres as a multifamily project. The apartments were built in 1967 and property tax records rate the condition of the building as “poor.”

“It’ll be good for the neighborhood to get rid of those ratty apartments in the back,” Arroll said.

There’s just one problem. Those apartments are zoned for single family. So even though a multifamily structure is currently on the site, Euramex would have to get it rezoned as multifamily to move forward.

Architect Eric Kronberg drew up a draft site plan for the apartments on Bixby Street. He said the site plan is, “an analysis we were asked to do for a potential rezoning of the property.” He declined to name the potential developer. He said the property would have to be rezoned because the apartments were built before the city of Atlanta’s current zoning went into effect in 1981. He said conflicts like this “happen all the time.”

“Welcome to the city of Atlanta,” Kronberg said.

Kronberg’s draft site plan shows that the site could hold 98 units with a maximum height of about three stories. The current apartment complex is two stories and 56 units. He said multifamily project done the right way could be a “wonderful addition” to the neighborhood.

“I think this is a site that would be great to redevelop as new multifamily,” he said.