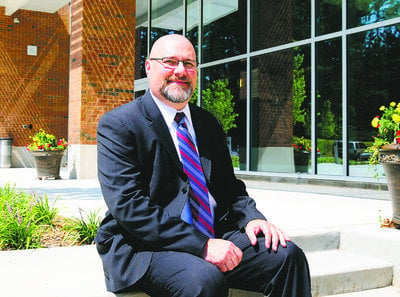 Editor’s note: Decaturish.com has published a follow-up story that includes reaction from the Dunwoody community. To read it, click here.

City Schools of Decatur has hired Noel Maloof, the current principal of Dunwoody High School. Maloof is a Decatur resident.

The School Board made the announcement during the March 11 Decatur Board of Education meeting.

“I am just excited,” Maloof said after the announcement. “It was a very hard decision to leave the community I’ve served for over a decade now. This is now my home.”

Maloof is taking over for Principal Lauri McKain, who is moving on to become the CSD Director of Secondary Education.

He began his educational career in 1997 as an English teacher at DeKalb Alternative School. He became assistant principal at the alternative school in 2004. He is 44 years old and has two children enrolled in the system, one in Renfroe Middle and one in Decatur High.