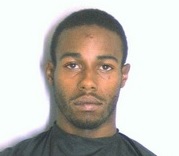 The man accused of murdering his grandmother at her Oakhurst home has been deemed incompetent to stand trial.

A judge signed the order declaring that Marquis La’Vonta Freeman is currently unable to be tried on charges that he murdered his grandmother, Shirley Kendrick, on Oct. 29.

The ruling was entered in February, according to DeKalb County court records.

Erik Burton, a spokesman for the DeKalb County District Attorney’s Office, said that Freeman’s case is “coming up on the arraignment calendar” but a date has not been set. He said Freeman is currently receiving treatment at Georgia Regional Hospital.

“Being incompetent does not mean that he will have that status forever,” Burton said. “He will likely spend 90 days at the facility to obtain the proper medical attention. We plan on moving forward with the case. The arraignment day has not been set and will not be set until he is returned from GA Regional.”

Kendrick’s murder shocked Oakhurst. She was a beloved figure and past recipient of the city’s Hometown Hero award and volunteered to work concession stands at the Decatur Recreation Center. Freeman is accused of stabbing the 75-year-old Kendrick to death on Oct. 29. He was arrested at the scene of the crime.

The incident report released by Decatur Police shows that drugs are believed to have been a factor. The report doesn’t say what kinds of drugs are suspected, and police have declined to provide additional details because of the pending charges against Freeman.