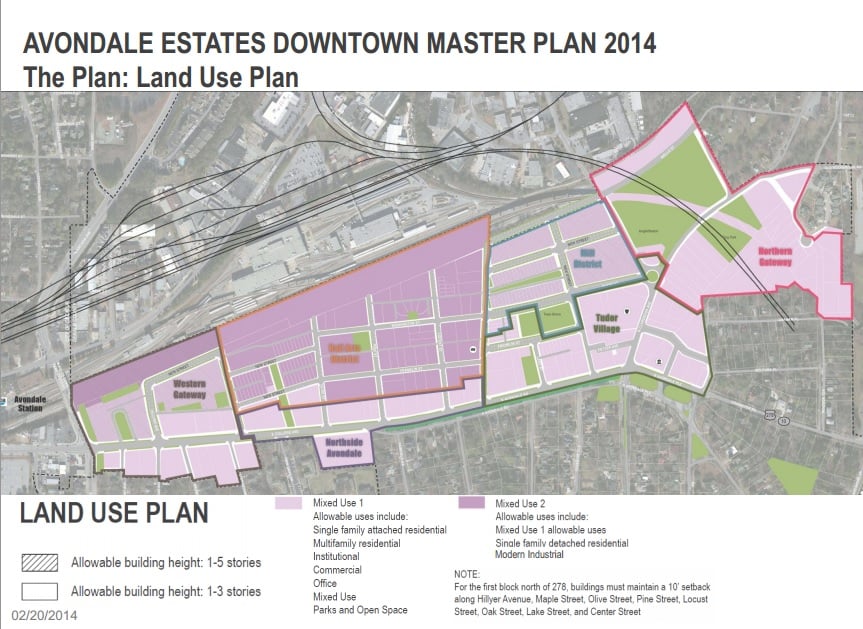 Avondale Estates has called a special meeting of city commissioners to hold a work session on revisions to its downtown master plan.

City commissioners held a work session on the plan Feb. 20 and it drew a small, vocal crowd of residents concerned about the plan’s implications for the city’s future.

Specifically, they said the plan is overly-vague and could lead to new development out of character with the city’s older development.

At the time, Mayor Ed Rieker said at that meeting there would be additional work sessions before city commissioners voted to approve the plan.

Downtown Master Plan 2014 is an update and revision of previous planning efforts. The city published the first draft in February. There was a slideshow presentation during the Feb. 20 meeting, which you can download by clicking this link: Downtown Master Plan Final 2-20-14

According to the timeline, the plan update is all-but-finished and only needs the city commission’s approval to become official.

Among the plan’s highlights:

Also worth noting: During the March 15 Rail Arts District Studio Cruise, there will be an official unveiling of redevelopment plans for the Tudor Square.