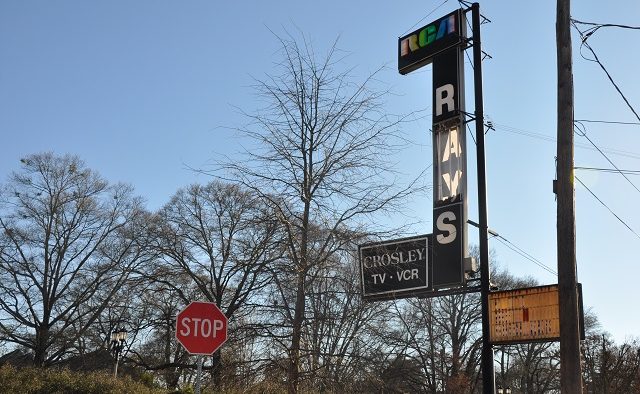 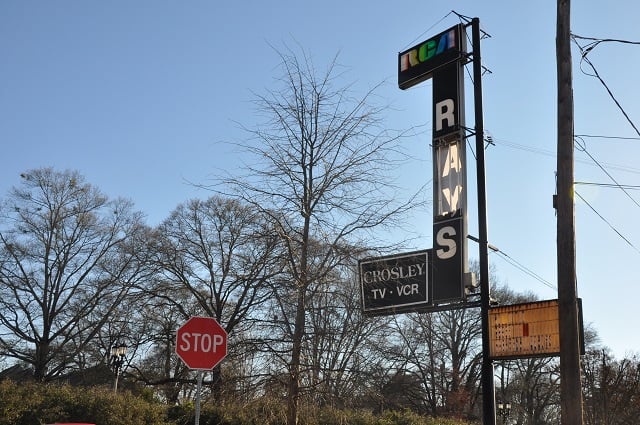 This Ray’s sign is coming down in a few weeks. Photo by Dan Whisenhunt

Within a few weeks, a contractor will remove an old sign marring the entrance into Avondale Estates.

Say goodbye to the Ray’s pole sign, which is somehow beautiful in its decayed state along North Avondale Road. Say goodbye to the old pizza cafe building and an office building. During their special called meeting on March 20, commissioners awarded a $39,600 demolition contract to DH Griffin to demolish the sign, the pizza cafe and the two story office buildings along North Avondale Road. Demolition should begin within 30 days.

Say hello to the future, the update to the Downtown Master Plan the City Commission adopted at its March 20 meeting. The vote was unanimous. Many residents turned out for the public input process that helped to create the plan, but when commissioners voted for it the room was empty, save for the commissioners and a reporter from Decaturish.com. To read the full plan, click here.

During a work session leading up to the meeting, City Manager Clai Brown told commissioners that the city is talking with MARTA about using property owned by the transit agency for parking. The property is located across from Savage Pizza not far from the city’s historic Tudor Village. Brown said the city is interested in a three to five year lease that would create 120 to 150 parking spaces in walking distance of the city’s downtown. He said with the success of Pallookaville, the impending opening of The Bishop restaurant and the continued redevelopment of the Tudor Village area are signs that the city needs to be ready.

“You have to think of what’s on the horizon,” Brown said.

Some commissioners chafed at the idea of improving property that MARTA would still own.

“I don’t want to have to spend all our money on the improvement and they get a lease and they get everything,” Commissioner Terry Giager said.

Brown said that argument “would be a good negotiating tool to use” in discussions with MARTA.

In other business, commissioners also awarded a $49,639 contract to jB+A for design services as part of improving Willis Park. Plans call for designing and building an open air pavilion.