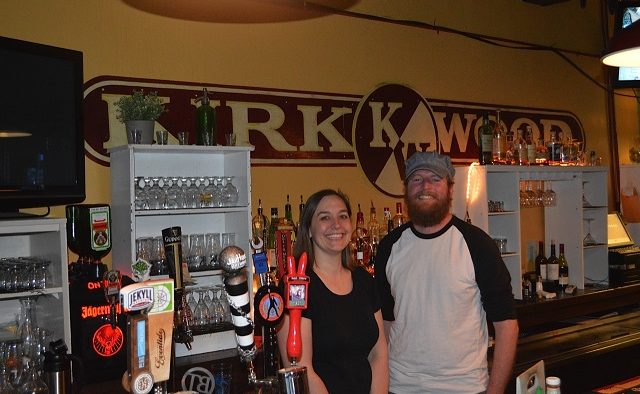 Heidi Shonkwiler and Dan Wingate, owners of The Pullman
Share 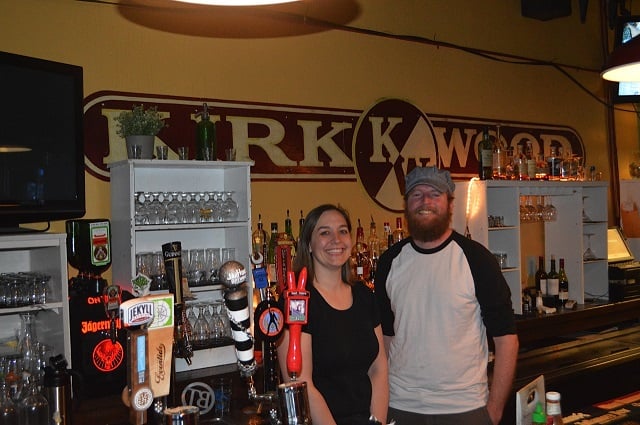 Heidi Shonkwiler and Dan Wingate, owners of The Pullman. Photo by: Lauren Ragland.

Everyone needs a neighborhood bar, and for awhile now, the Pullman has been Kirkwood’s go-to spot.

But there’s new competition moving in. The owners say they welcome it.

Dan Wingate and Heidi Shonkwiler opened The Pullman two years ago. They wanted their restaurant/bar to serve the community, to be a part of the fabric of the neighborhood.

“The neighborhood involvement in the community is really what’s attractive to us. As a whole, the people here are committed to making [Kirkwood] a viable, energetic community,” Wingate said.

Two years ago, the bar situation in Kirkwood was starting to look dire. The only place with a liquor license in town— Aces Bar & Grille—was closing. It was “the neighborhood spot,” recalls Wingate.

A longtime patron of Aces, Wingate and Shonkwiler, his roommate and former manager of the Brooklyn café Postmark, didn’t want to the community to lose its neighborhood bar. They had also observed all of the young families moving into the neighborhood. They wanted a place that accommodated the craft-beer loving crowd and their milk-loving dependents in tow.

The Pullman stepped literally into Aces’ footprint. As it turns out, it hasn’t only been a replacement but also a destination and now it appears to be at the helm of Kirkwood’s downtown revitalization.

New restaurants like Ration & Dram, Taproom, and local chains (the forthcoming El Myr), are opening their doors in Kirkwood. Like The Pullman, they represent the neighborhoods’ changing demographics. Shonkwiler said, “It’s good that it puts Kirkwood on the map.”

Shonkwiler and Wingate have aimed to make connections with their customers beyond good food and drink. They listen and respond to their customers’ needs, wants and even professional aspirations.

Much of their menu was developed this way.

Shonkwiler said, “We were both committed from the get go to create a menu based on seasonal, organic and local items.” The menu evolves as they receive feedback from customers. Two years ago, when they opened, the menu was heavy on pasta and entrées, but now, its focus is on sandwiches and smaller fare. It’s often delivered with a pint of beer. Half of their draft selection is from local breweries.

They’re using the same approach to step up their game as competitors move in.

When one regular suggested that their restaurant would be the ideal place to showcase his comedy, they set up a monthly variety and comedy show. When another customer, and beautician, suggested a martini & nails night, Wingate and Shonkwiler started shining their martini glasses and lining up the nail polish.

Shonkwiler said, “It’s interesting what people will come to. We’re looking for what will bring people into our neighborhood, what will best showcase Kirkwood.”