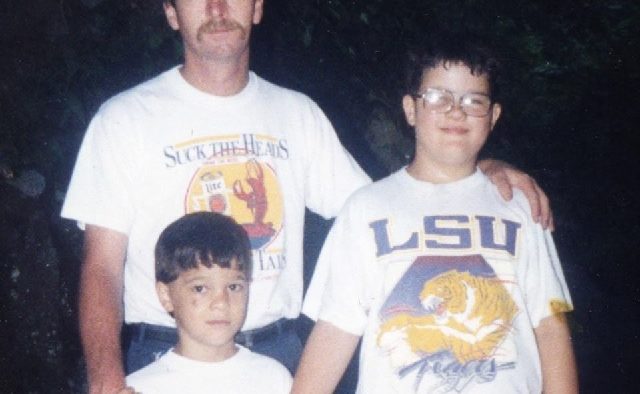 Family picture. My dad is in the background. I'm the fat kid in the LSU shirt with the glasses. My brother is the short one. I love this photo because it reminds me that we were living the blue collar American dream. My dad's hard work made reaching my dreams a lot easier, it should be noted.
Share 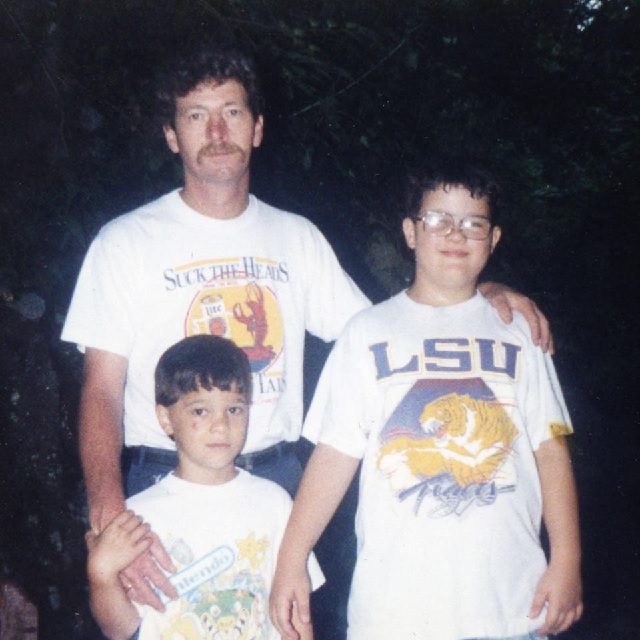 Family picture. My dad is in the background. I’m the fat kid in the LSU shirt with the glasses. My brother is the short one. I love this photo because it reminds me that we were living the blue collar American dream. My dad’s hard work made reaching my dreams a lot easier, it should be noted.

My father passed back in 2008. My younger brother Jacob was weeks away from graduation. I had graduated a few years before and was working at The Anniston Star in Anniston, Ala.

Jacob always had a head for numbers. He became a successful electrical engineer, which is the exact opposite of journalism in terms of compensation and sustainability.  He lives in Houston now. I’m here in Atlanta doing what I do.

It’s fitting that he’s in Houston. Most of the boring planning studies I read often compare our two cities.

Like brothers, Atlanta and Houston share similarities. Like brothers, they can be strikingly different, too. In the years since my father passed, I’ve stepped into the role of lead decision maker for the family after mom. I’ve tried to offer advice that I assume would be similar to what dad would say, cursing and all.

One difference between me and Jacob: he learned to play guitar, like dad. I never did. My parents assumed I would pick it up. Jacob was always the athletic one and I was always involved with the artsy stuff: theater, creative writing, all the disciplines that foreshadow a life of comfort and prosperity. I think at one point my guidance counselor gave me a brochure about wonderful careers in busking.

Jacob plays well. But he’s not as much of a performer as I am. He shies away from speaking in public. You’re more likely to hear him playing guitar around a fire at Christmas than at the coffee shop.

The other day he told me he bought a new guitar and some recording equipment.

I said, “You should record a song and put it on YouTube.”

Jacob said, “I don’t think it would sound good enough.”

I said, “Dude, have you actually seen the things on YouTube? I think you’ll be ok.”

Then one morning I woke up and saw that he had posted this on my Facebook page:

That’s my brother. He is his father’s son, and I know our dad is proud of him.

I know one day we’ll all be together again in purgatory.