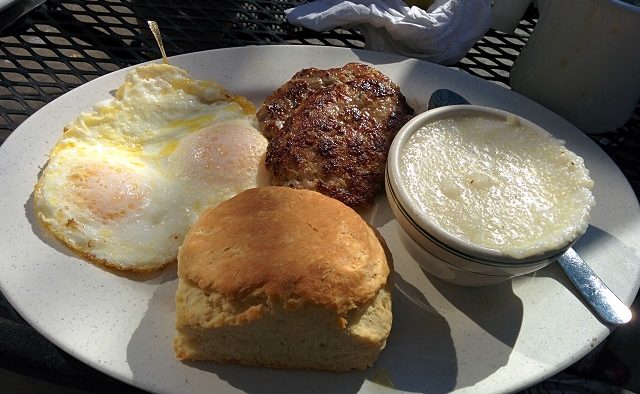 Every person from Alabama is born with a master’s degree in biscuit theory.

Studies show that people from Alabama contemplate eating a biscuit at some point during the day. There appears to be no correlation between the time of day and the moment the craving hits. Morning, noon, 2 am, drunk at the Huddle House: doesn’t matter. The belly wants what it wants.

I’m a bit of a connoisseur. My gold standard is the biscuits my mother in law makes. She holds a PhD in biscuit theory and currently lectures on the subject at the Yale of the South (also known as the University of Alabama). They are these petit, buttery things that have just a bit of sour cream in the batter. They’ll only bake up right in a round pie pan, and only if she makes them.

She is peerless within the state of Alabama. To find a worthy competitor, I had to travel outside the state to Decatur, GA. 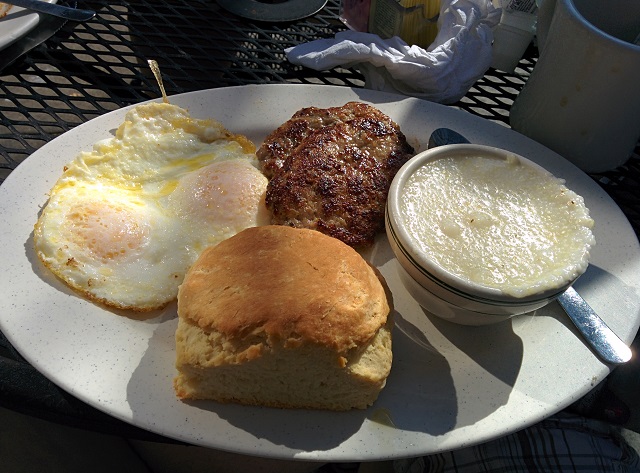 Pastries A Go Go is what biscuit theorists refer to as, “the dankness.” Their offering is a fluffy, flaky, buttery heap of deliciousness. They also serve it with their homemade preserves. On a sunny morning like this, those biscuits will make you see Jesus.

They aren’t my mother in law’s, but they are a close second. The other amazing thing about Pastries is their homemade sausage. You know it’s homemade because some days it’s spicier. (I go there a lot.) 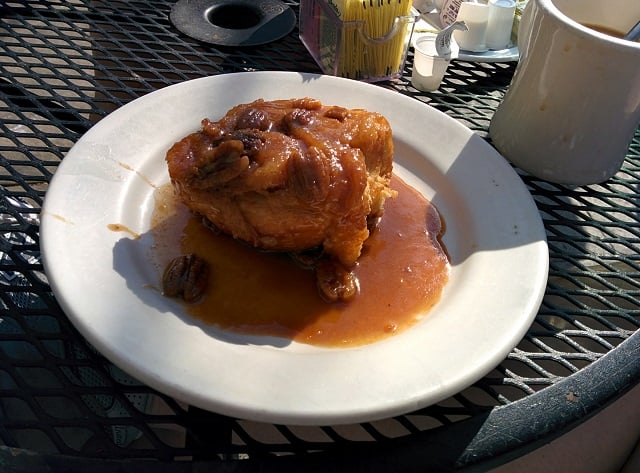 Listen, I’m not telling you that you’re insane if you’re from the South and don’t crave this food morning noon and night.

But I am thinking it.

Pro tip: Sometimes if they have a broken cookie, they’ll hook you up. Just sayin’.

Pastries A Go Go: It’s what’s in my mouth.