Sunday Morning Meditation – The other Wetumpka

Sunday Morning Meditation – The other Wetumpka 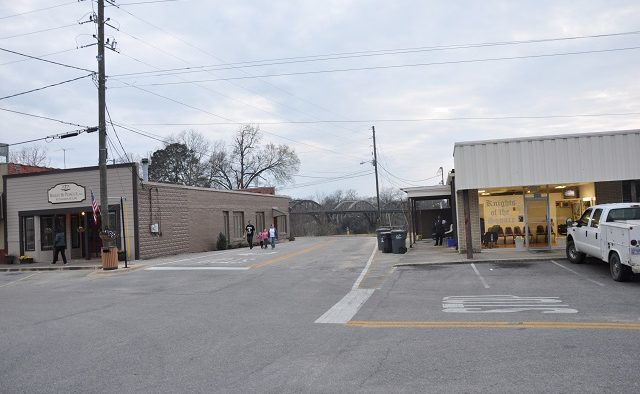 A family walks hand-in-hand through downtown Wetumpka. In the background, you can see the bridge over the Coosa River. Photo by: Dan Whisenhunt
Share 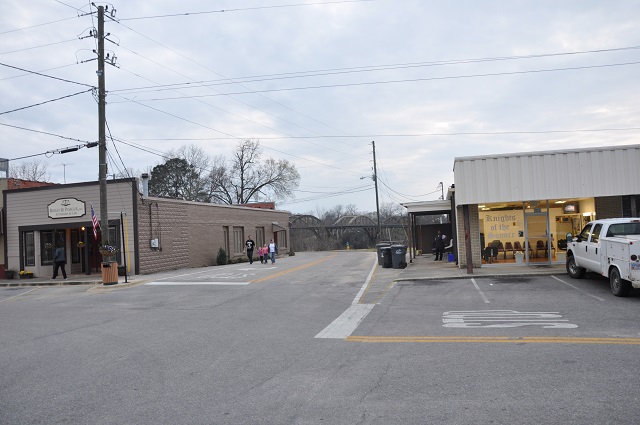 A family walks hand-in-hand through downtown Wetumpka. In the background, you can see the bridge over the Coosa River. Photo by: Dan Whisenhunt

Wetumpka, Ala., has a casino.

You’ve probably seen the ads in the Atlanta MARTA stations. The 20-story Wind Creek Wetumpka hotel is the tallest building here, looming over the city’s quaint, empty downtown. It’s owned and operated by the Poarch Band of Creek Indians as a tax-free business venture.

The Poarch Band of Creek Indians, to their credit, have decided to be generous benefactors to their host city. They provided $1.97 million for the next three years to provide for fire protection, although there’s obviously some self-interest on their part. You don’t want a $246 million casino (complete with restaurants and a 16,000 gallon shark tank) in a town without adequate fire protection.

The casino entrance is on Highway 231, marked by a monolithic electronic billboard so bright it burns a hole through a dark evening. Cars stream in and out of the casino’s parking deck.

It’s a bustling enterprise, a sharp contrast with Wetumpka’s struggling downtown. Its lack of development has the upshot of having preserved most of its old Southern charm. They filmed the movie “Big Fish” here, and many of the store fronts in that film are vacancies waiting for something to happen.

But perhaps something is happening.

I visited Wetumpka this weekend. We took my mother in law out to Red Lobster in Montgomery for her birthday, drinking the muddy-colored Long Island Iced Tea to mark the occasion. It used to be the case that Montgomery was where you went if you wanted to go somewhere special. Red Lobster used to be a big draw. It still is for people like my mother in law, who remember the excitement of a small town getting a place with affordable lobster and cheddar biscuits. Those things just didn’t happen every day around here.

That evening, we went down to Coaches Corner, a local restaurant owned and operated by a family friend, John Maddaloni, who used to coach the high school football team. For years after he retired, he operated out of a spot on Highway 231, not far from the current entrance of Wind Creek. I didn’t realize he had moved and had to smile when we arrived at the new location, a spot right along the Coosa River in the heart of the city’s downtown.

The dining room had large windows and porch seating so you could watch the river rolling by while you feasted on everything that could possibly be fried. Coaches raises fried food to the level of art. We were celebrating Josh’s birthday, my wife’s cousin. He’s 33 now and we all took turns pinning money to his shirt. We had Frankie Cake, the shorthand for cake made by Frankie Clark, another family friend. She made my wedding cake, and the top of it tasted good a year later, it should be noted. This one was chocolate, with a picture of a fish on it. I may have had four pieces, but please don’t tell anyone.

Sitting there, finishing off my third piece of cake and nibbling on fries as the river passed by our window, I developed a new found respect for Coaches. I never disrespected it, exactly, but it had always been just another place on the haphazard highway that was notable for its casino and not much else. This was a brilliant move, one that could be a sign of something good for a downtown that really needs good things to happen.

As we talked over dinner, my cousin Scott mentioned that there’s going to be a new hotel in the city’s downtown. There’s also talk about building a parking deck close by that will bring much-needed foot traffic to support local retail.

Wetumpka’s downtown has been a baffling waste of space for as long as I’ve known it. This weekend, I’ve enjoyed getting to know the other Wetumpka, the one that’s been waiting too long to discover itself. Better late than never.

And when you’re done strolling downtown, don’t forget to visit the casino.

Slideshow: More Scenes from Wetumpka, Ala. (To see the captions, hover your mouse pointer over the image. To see on your mobile device, click the “show thumbnails” link.)