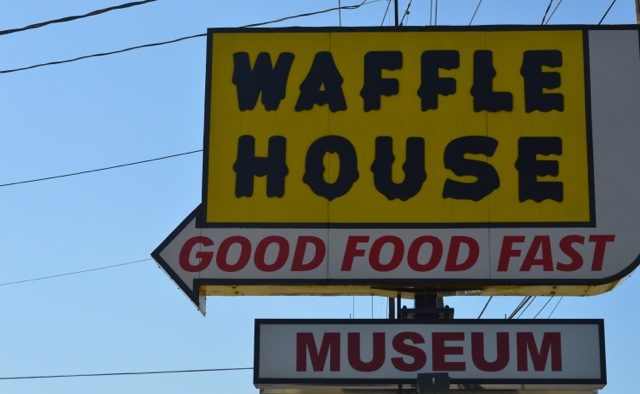 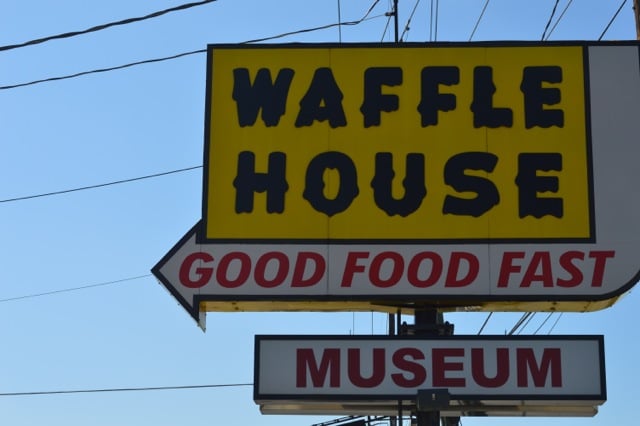 The waitress at your local Waffle House may know before you even sit down how you want your hash browns: covered, smothered, and diced. You may set aside an hour or two every day or week to stop by your local Waffle House. Maybe you know someone who got engaged, married or arrested at the iconic 24-hour restaurant. In fact, you may be that person.

But have you ever listened to the country songs about the waffles, grits and how you want your hash browns? Did you know that Bert of Bert’s Chili is a real guy? He not only developed the chili recipe, but he worked his way up from grill operator to president of the company. You probably didn’t know that in the early years, Waffle House served Chick-fil-A sandwiches, or that today they locally source dairy, bread and eggs.

In full disclosure, I knew none of this either until I visited the Waffle House Museum the other day. Like the mystery that swirls around Waffle House’s urban legends, the museum itself holds a mysterious key to admission. It seems to rarely unlock its doors. I’ve passed it many times but apparently never at a fortuitous moment when it’s open. Recently, my excitement was resurrected upon actually stepping foot in the museum—home to the very first Waffle House, recreated to look as it did in 1955 when friends and Avondale Estates neighbors opened it.

The hour-long tour began by dispelling urban legends, like whether or not there are keys to this restaurant that literally never closes. (Truth be told: Keys are made when each location opens. There is just never a need for them.) Throughout the tour, I learned a host of interesting tidbits, trivia and cultural history about the restaurant. I also developed an entirely new respect for this privately owned company, which is family run and offers stock shares and health insurance to its employees. 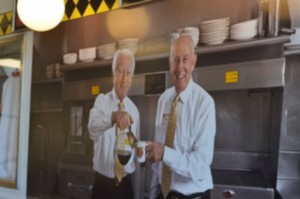 A view from inside the Waffle House Museum in Avondale Estates. Photo by: Lauren Ragland

With almost 400 restaurants in Georgia, approximately 1,700 across the southeast, up to Pennsylvania and over to Texas, the 24-hour restaurant occupies a special place in the hearts of 9-to-5 workers, laborers, students, night-shift employees, all looking for a friendly place to grab an affordable meal. For many, it’s a second home of sorts. Tour guide Brianna Marcus meets many who’ve been going to the restaurant for decades, since the ’60s and ’70s.

The relationships formed between the purveyors and the customers often last years, if not a lifetime. Waitresses and cooks know their regulars by name. They know their stories, their lives, their order before its been received. It is the story of the quintessential American diner. As such, the museum has been designated a Georgia Historical Site.

Want to go? The good news for anyone interested in visiting the museum, admission is free. The bad news: It is not open on a regular basis. This is understandable. You cannot simply decide on a whim to visit. It is an experience for which you must plan. Call the number on the website to set up your group or personal tour. Every other month, on Saturdays, it is open to the public from noon to 3 p.m.

The traits that made Waffle House successful in the ‘50s have contributed to its success today. It focuses on creating strong relationships, making a small footprint and operating debt free. With 60-65 restaurants opening every year, these are qualities that our modern age still values.

Communications Director Kelly Thrusher said, “We want you get a great meal but we want you to remember the people that waited on you, the people that were there with you. It’s important to have a sense of community within the restaurant.” It’s about the people. Visit the museum and you understand what this small but ubiquitous diner has meant to so many. For me, it left a strong hankering for some covered, smothered and diced hash browns.