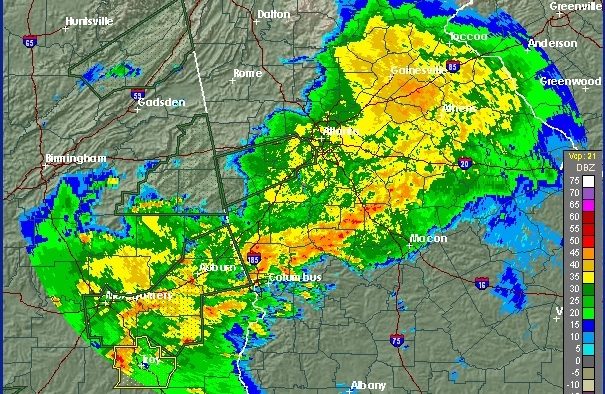 A radar image of our area, which is under a flood watch. Image courtesy of the National Weather service.
Share 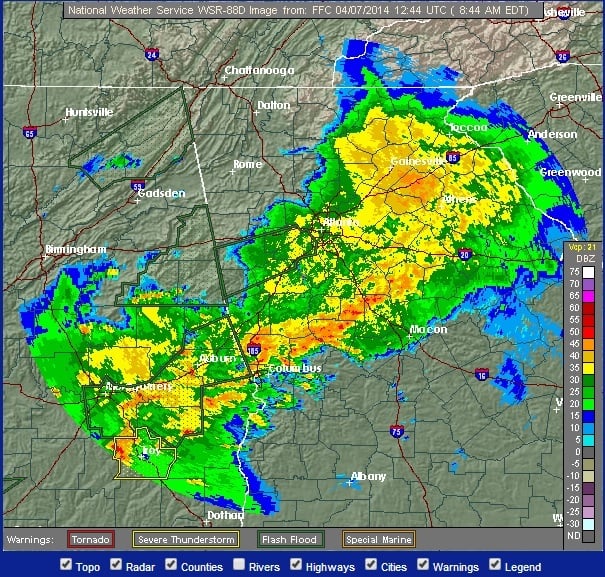 A radar image of our area, which is under a flood watch. Image courtesy of the National Weather service.

The National Weather Service has issued a flood watch for several counties including Fulton and DeKalb that will remain in effect through 2 am, April 8.

The NWS predicts heavy rain that will continue across north Georgia and into central Georgia on Monday afternoon, April 7. One to two inches of rainfall is possible, NWS reports.

“Runoff will cause significant rises in area creeks and rivers which could result in minor flooding, especially along flood prone streams such as Lookout Creek at New England, and Big Creek, Suwanee Creek and Allatoona Creek around the Atlanta Metro area,” the warning says. “Isolated flash flooding is also possible.”

NWS advises residents to monitor weather forecasts and be on alert for possible flood warnings.

“Those living in flood-prone areas should be prepared to take action should flooding develop,” NWS says.