Art of falling – A visit from the sensei

Art of falling – A visit from the sensei 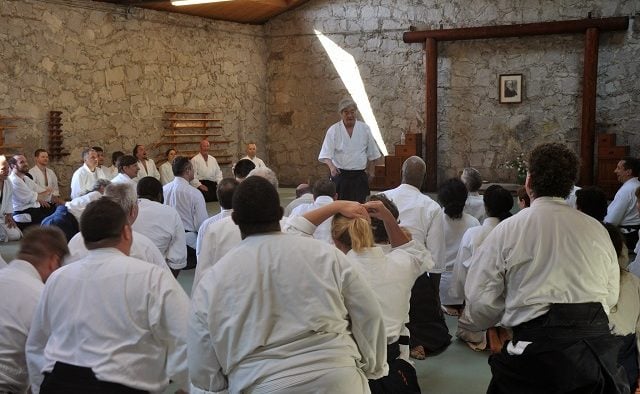 Yoshimitsu Yamada Shihan gives instruction during a visit to the Aikido Center of Atlanta in Avondale Estates. Photo by: Dan Whisenhunt
Share 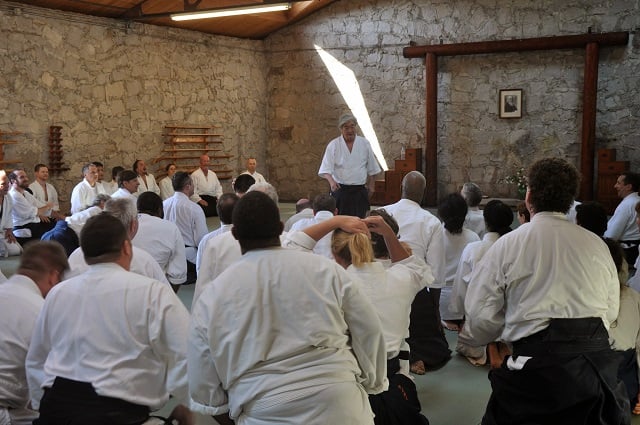 Yoshimitsu Yamada Shihan gives instruction during a visit to the Aikido Center of Atlanta in Avondale Estates. Photo by: Dan Whisenhunt

The Aikido Center of Atlanta opened the doors of its Dojo in Avondale Estates on Saturday and from a distance the students almost looked like they were dancing.

Around 80 people huddled barefoot onto the floor, throwing each other to the ground over and over. The air clapped as bodies smacked the wood paneling. A short, stout man with gray hair looked on, his arms at his side like a general watching an army march.

Every so often he would say a few words, barely audible over the hum of a giant fan blowing on the room, and whole class would be kneeling around him within seconds.

Yoshimitsu Yamada Shihan, called Yamada Sensei, is celebrating his 50th year teaching Aikido in the United States. The revered teacher celebrated by teaching. The Aikido Center of Atlanta is the third oldest Dojo on the east coast, and started in a Buckhead basement. It relocated to Avondale Estates in 2000, occupying a historic granite building on Center Street that once stored feed and seed.

“One of the amazing things about Aikido is how often you’ll look at the people and they’re smiling,” spectator Don Radick said. Radick used to be a student and said he was thinking of joining up again. “It gets addictive.”

Anna Gallagher, who volunteered at the door for the event, said that Aikido teaches students to defend themselves from attackers by redirecting their energy. It also has a practical side, she said. The lack of hard-hitting physical contact cuts down on injuries.

“It’s an art form with fewer strikes, so you can train longer,” she said.

George Kennedy is the Dojo’s Shihan, a senior instructor. He’s been affiliated with the Dojo for 42 years, starting out as a student. He said the non-combative fighting style drew him in.

“I’m a product of the 60s and I consider myself a nonviolent person,” he said. “But I like having a certain amount of personal power. I can defend myself without lowering myself to the standards of a bully.”

He said he’s used Aikido to defuse situations without using the physical techniques of the art form.

“It goes way beyond physical technique,” he said.

“There are a lot of ways to resolve conflict,” Kennedy said.

Kennedy said Yamada’s visit is “very special” for one of the South’s oldest Dojos.  He said the venerable instructor continues to improve. Being a master of a defensive art has spared him from potentially career-ending injuries.

“He’s 76 years old and keeps getting more powerful as he gets older,” Kennedy said.

Here are more photos from the Sensei’s visit to The Aikido Center. All photos taken by Dan Whisenhunt. 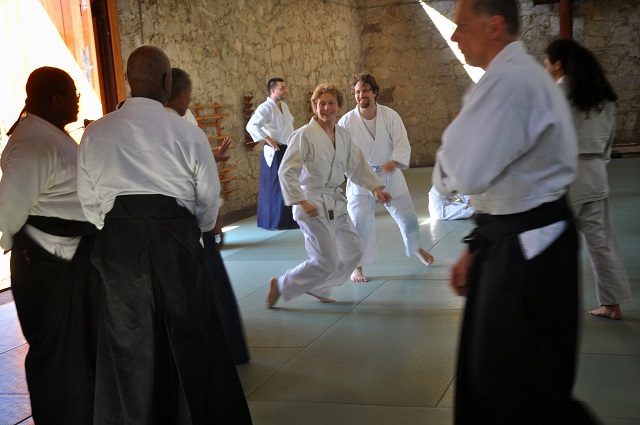 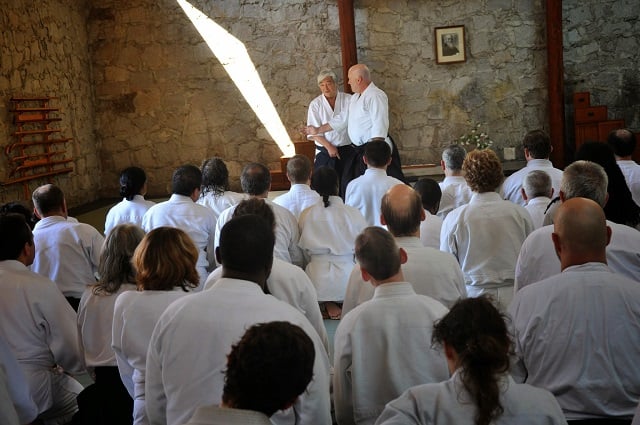 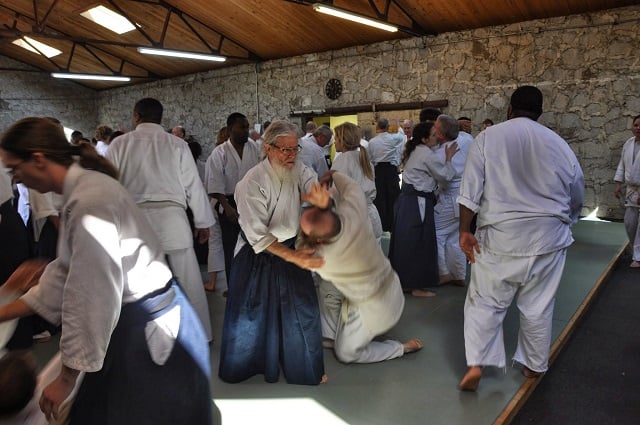 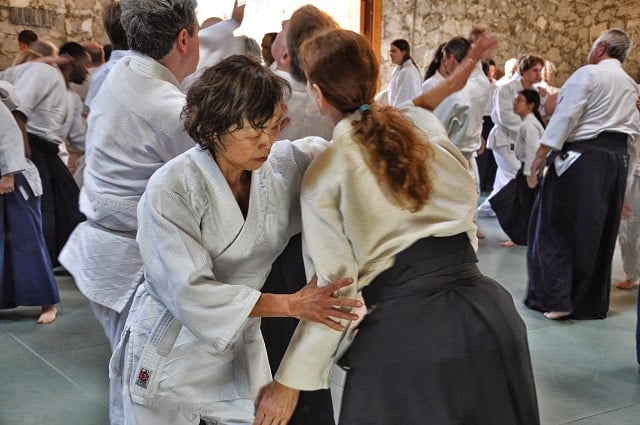 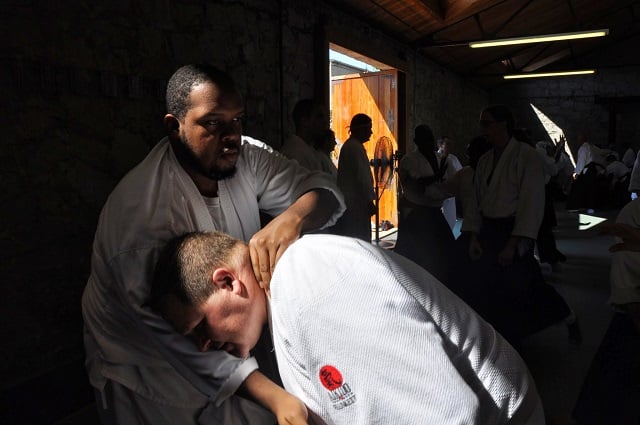 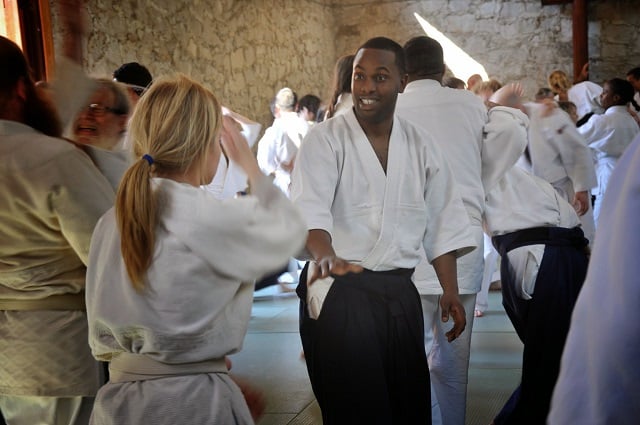