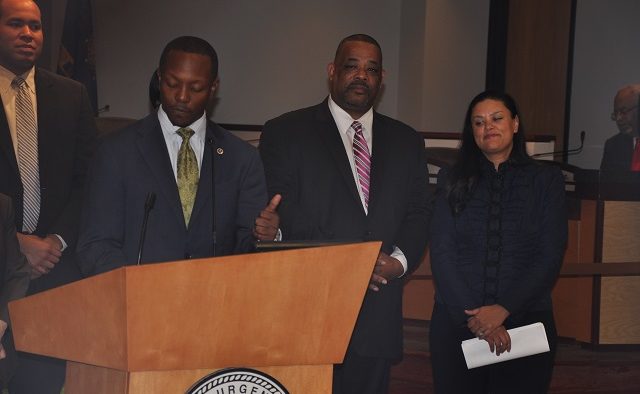 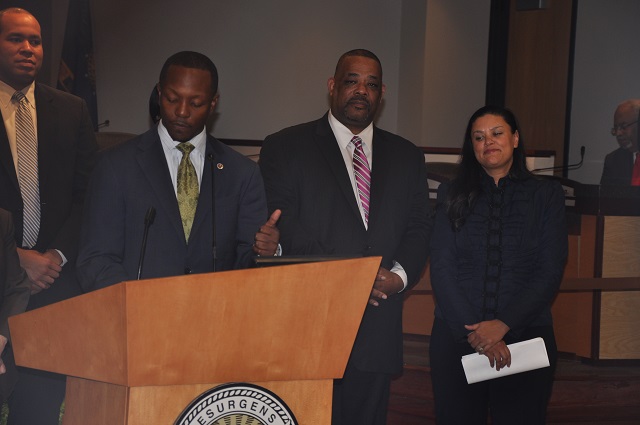 Atlanta Board of Education Chairman Courtney English wants the city to put its faith back in its public school system.

That faith was shaken during the last few years after parents learned that top-level Atlanta Public Schools administrators manipulated their children’s test scores. Superintendent Beverly Hall, once lauded for her work with APS, resigned and was later indicted over what became known as the “Test Cheating Scandal.” In 2011, Erroll Davis took over as superintendent, and it was always acknowledged that his job would be temporary. But he served longer than some superintendents of large urban school districts, carrying the burden for three years.

On April 14, the School Board lifted that burden. English and other BOE members voted unanimously to hire Meria Carstarphen, the superintendent of the Austin Independent School District.

During a press conference immediately following the vote, English said it was an important moment for the school system.

That time is over, but its consequences are still there. The indictments against Hall and APS personnel are still playing out in court. APS students lost out on some of their education and will need to be brought up to speed.

During her remarks after the vote Carstarphen, said that she knows her job involves rehabilitating the public image of APS.

“I know that it is time to bring the pride back to this school system,” she said.

Carstarphen, who hails from Selma, Ala., is a public school graduate. Her up-from-the-bootstraps story and high-energy style have been a hit with the BOE members. According to APS, Carstarphen has a doctorate in administration, planning and social policy with a concentration in urban superintendency from the Harvard Graduate School of Education. She holds a bachelor of arts in political science and Spanish from Tulane University and master of education degrees from Auburn University and Harvard University. APS says she also studied at the University of Seville, Spain, and University of Innsbruck, Austria.

The new superintendent warned APS staff that there’s much to do.

Speaking of rewarding, one of the things Carstarphen’s contract does not include is performance bonuses, a nod to correcting the mistakes of the past. The new superintendent will make a base salary of $375,000. She will also:

– Receive a retirement contribution that’s 10 percent of her annual salary.

Carstarphen will start July 7 and her three year contract expires in 2017, unless the board of education decides to extend it further.

A gaggle of reporters gathered around the outgoing superintendent and asked him about his legacy.

“What I tried to do is put the wheels back on, and to make decisions that are in the best interest of the children, not adults,” Davis said.

That wasn’t always easy, because the adults tended to be much louder when they didn’t like something. Davis oversaw a controversial school redistricting, and a number of schools closed due to low enrollment. He removed top administrators at schools. The decisions weren’t always popular. History will judge whether they needed to be.

English made a point of thanking Davis. On a day when all the attention was focused on the future of APS, the chairman said people shouldn’t forget how Davis stepped up when the city needed it most. 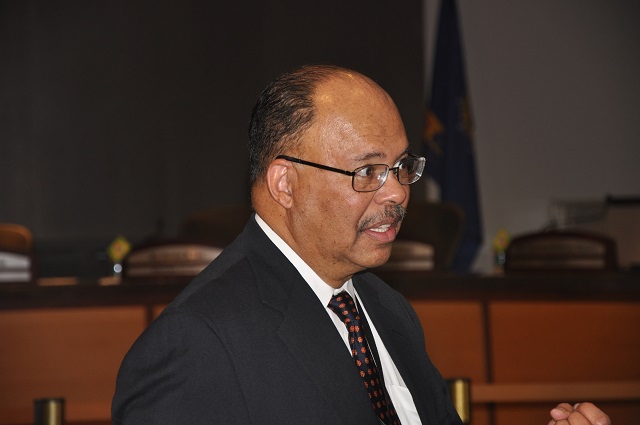 Outgoing Superintendent Erroll Davis before the April 14, 2014 Atlanta Board of Education meeting. Photo by: Dan Whisenhunt